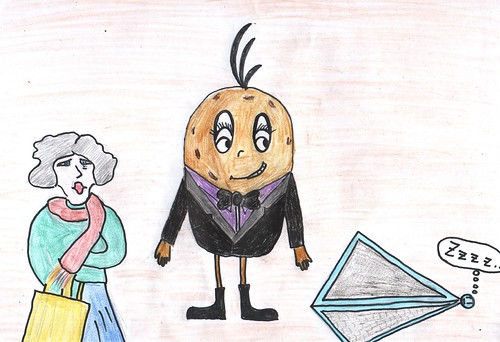 Once upon a time in a castle under the sea lived Jampson the potato with his best friend, Bill the cheese grater.

It was a pretty legitimate day but then suddenly, in Tesco-Under-The-Sea, he bumped into an asthmatic elderly woman, called Paula.

He screamed, “Ahh, an elderly asthmatic woman”, and turned around to run away, but right in front of his eyes was Bill, lying on the ground, asleep, with his pet, Patrick the pig.

Then he called the police and Sergeant Spasmoid came and shot up the place with tick-tacs.

Jampson tried to speak to the policeman but couldn’t because he only spoke Bulgarian. 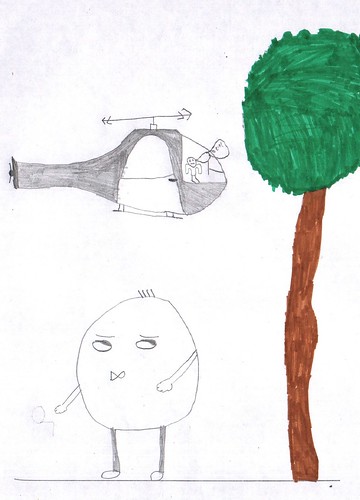 Bill woke up then and said, “what’s popping?”

“There’s this woman in Tesco, help me,” Jampson replied Paula grabbed Bill, the cheese grater and drove away in a holy caravan…