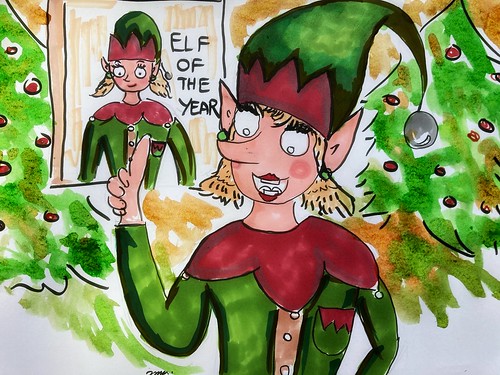 Once upon a time in Santa’s workshop, there was an elf called Poppy.

She started life as a clumsy elf. She never left the workshop and her mum and dad were elves.

She just finished elf school. Nobody liked her except herself.

Then Snow Cone came running around the corner. Snow Cone was tangled in Christmas lights.

He was so excited because he was leading up to Christmas training that starts on the first of December.

They both bumped into each other because they were both clumsy. Sadly, Snow Cone broke his legs and couldn’t fly.

They were both very nervous because they were afraid they would get kicked out of the workshop. 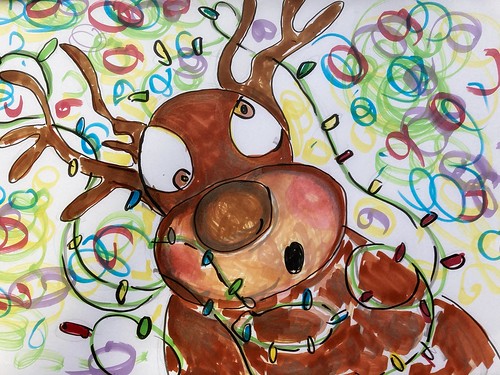 The next day they got kicked out of the workshop. Poppy wasn’t allowed to see Snow Cone anymore.

The last words they said to each other was, “I’ll never forget you.”

Poppy said she had to fix this. Because they weren’t allowed to speak to each other so they ran away. They fell on some ice and it cracked.

Poppy was furious and decided to break into Santa’s workshop. They needed to get there so they jumped on an orca’s back...