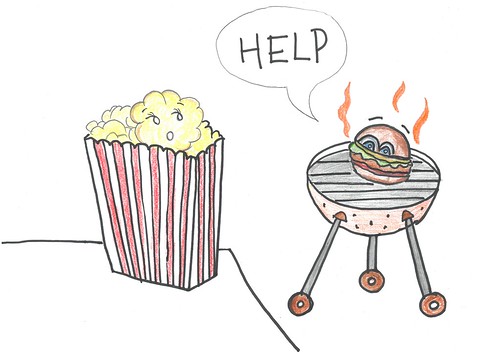 Once upon a time there was a popcorn kernel called Poppy the Popcorn.

Poppy was in a bag of popcorn but fell out. She fell out into a popcorn maker.

Someone came along to fill another bag of popcorn. Poppy was scooped into the bag and grew strong.

She jumped off a table and saw a burger being cooked. She ran over to rescue the burger.

She asked, “Want to be friends?” 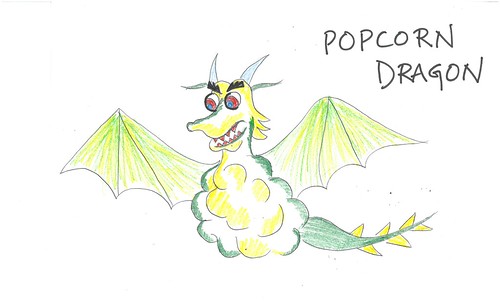 There was an awkward moment for a while but then the hamburger said, “Yes, my name is Hammy.”

“Let’s go to a film together,” said Poppy. Once they got to the film, the Popcorn Dragon came from behind the screen…