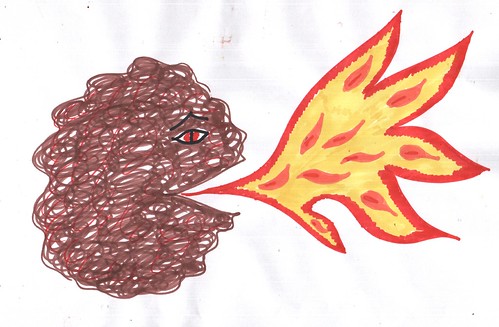 I really want supergoggle-vision eyes because they are so cool and you can see everything. Hint hint.”

“I kind of want the super goggle vision eyes, but I REALLY REALLY want to meet Jeff the fire-breathing meatball.

I want to confront my fear,” added Podgy.

“Maybe on your birthday you might wake up with supergoggle-vision eyes,” said Squiggle the worm. “My greatest wish is a rainbow fish.”

They hung up and met up at the magical rainbow fountain to help Podgy face his fear of Jeff the fire-breathing meatball. 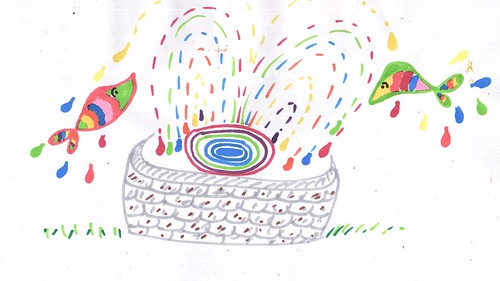 Podgy and Squiggle stood in the fountain, said a magic word and fell into the hole that suddenly appeared.

Then they turned into rainbow fish. 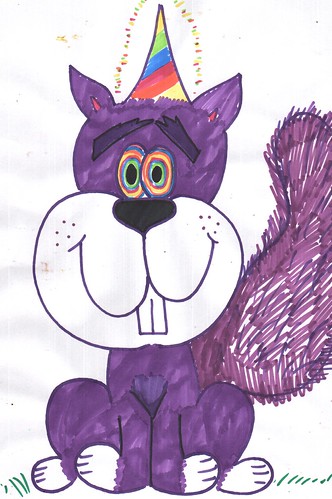 Squiggle said, “I wanted to own a rainbow fish -  not be one!”

A unicorn suddenly appeared and told them that the potions they needed to return to their usual forms were hidden around the rainbow lake.