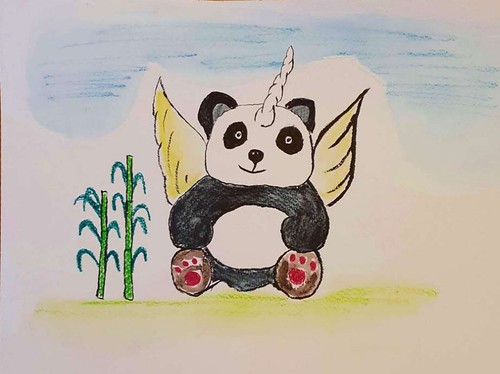 Pandacorn was walking down Rainbow Lane and spotted a lion. The lion’s name was Fred.

Fred started to drool and sang a song: “I woke up this morning and sat on a log. I looked at the menu and the menu said ‘Panda’.”

Pandacorn told him, “But you can’t eat me, I’m a Pandacorn. If you eat me my horn will spike your insides!”

“Let’s go to the enchanted forest instead,” Fred suggested.  “There’s going to be a concert. The Real Slam Shady is performing!”

“Cool! Will he sing his number one single, ‘I’m The Real Slam Shady’?”

It was a free concert, but they had to go through an obstacle course to get in.

The obstacles were walking across a tightrope, a pie- eating contest, archery, solving a riddle and karaoke. 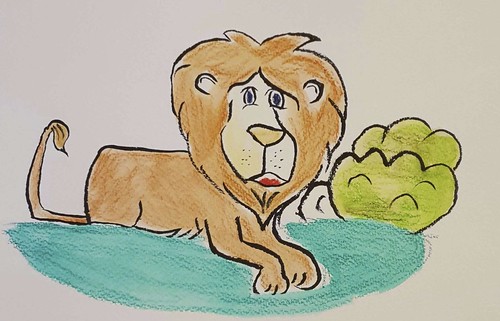 ​Pandacorn and Fred got through the first four obstacles with no problems, but then the time came for the karaoke.

Pandacorn said, “No worries, I CAN do this. Is there anything you can do?”

They got through and landed in the enchanted forest.

There’s was giant crowd and it was really loud. 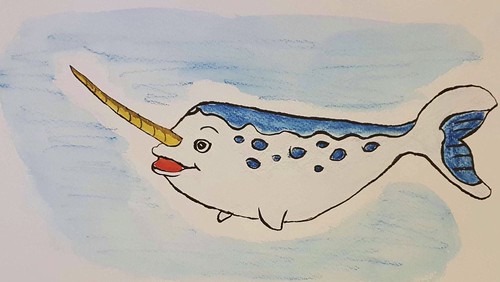 Pandacorn started to fart glitter because he was so excited.

Pandacorn spotted Geraldine’s horn peeping out of the pond.

“OMG, there’s Geraldine!” shouted Pandacorn as he keeled over while farting glitter.

Fred started to panic - he hates glitter, but…