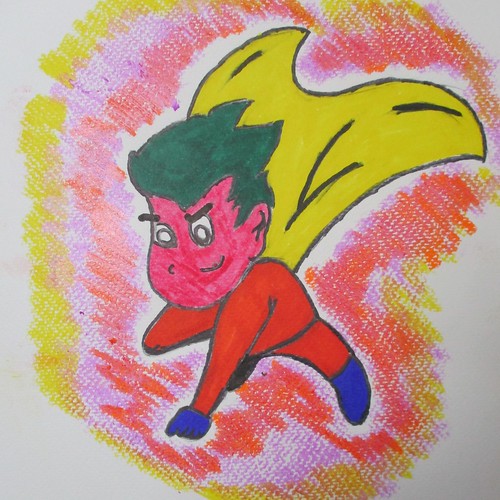 Once upon a time there was a boy named Chon, and he wanted to find a pet panda.

A panda comes down from a tree and helps him.

The panda hit the snake with a piece of bamboo. Chon walked over to the panda and said ‘Thank you’.

Then the panda nodded his head and stormed off because he didn’t want the snake to take his bamboo.

After that, he kept visiting Chon’s house every day.

Chon discovered he can talk to animals.

Five years later, he becomes a zookeeper and he talks to the snake and tells him ‘Go away’.

One day, Chon was waiting for his friend panda to come over but he didn’t show up, Chon got worried and set out to find him. 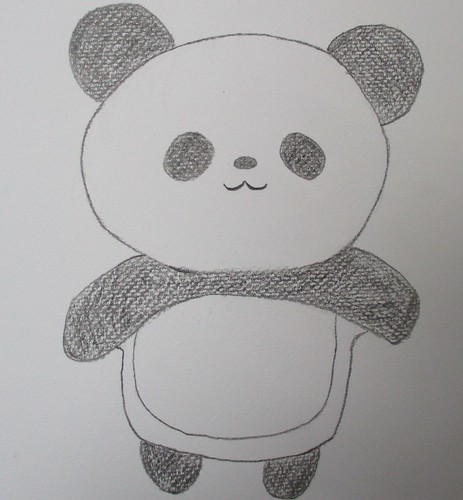 The King Snake had captured the panda in a prison cell underground.

He was captured by a super villain, called Snake Man, who could talk to snakes.

The panda breaks out of his cell using his Bamboo of Fury.

When Chon got to the rainforest he saw panda tracks that led him to the oak tree. 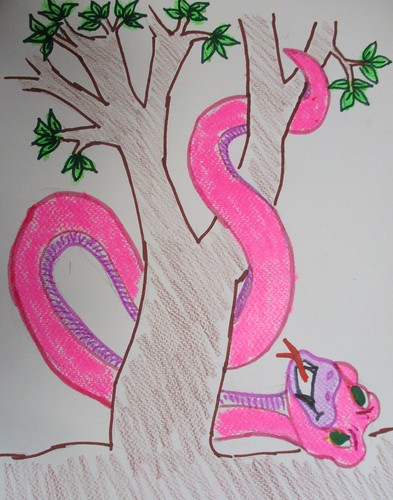 Chon decided to catch the panda’s attention by banging on the tree.

Then he heard a rustling sound and saw snakes slithering out from the roots.

Chon climbed up the tree and then the snake came out and jumped on him and hit him with Bamboo of Fury.

Chon said ‘I wish I could fly’, and starts flying.

When he flies, he  accidentally hits a branch which opens a portal that leads him to an underground cell...