Paddy and the Laser Laser Beam 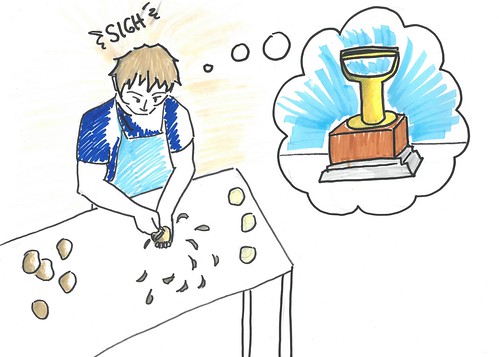 Once upon a time there was a guy called Paddy the Potato Peeler.

One day, Paddy was at the office and his boss gave him a prize for peeling fifty potatoes in one minute. The great prize was a silver potato peeler.

Paddy went home and he told his mam and his best friend Phillip the Cow that he won the silver potato peeler at work.

Paddy’s greatest fear was that his mam will turn into a packet of crisps before he won the golden peeler.

There was a laser that was going around turning people’s mams into packets of crisps.

Paddy needed the golden potato peeler to peel the laser and stop it turning people’s mams into crisps. 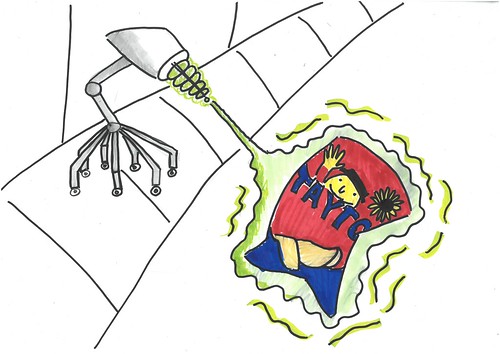 Paddy went to Phillip’s house. He was thirsty so he went to get a drink from the cupboard.