The Owl who wants to become a pterodactyl 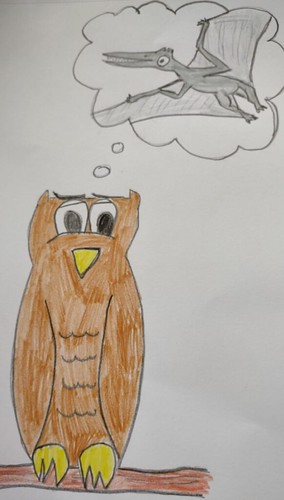 Elemear the Owl lived in a giant oak tree where all the owls lived.

Once he went to the sea and met his best friend, Salty the Seagull.

Suddenly, a pterodactyl flew over them and Elemear said, “I wish I could be one of those!”

Elemear walked home sadly because he didn’t know how to become one. 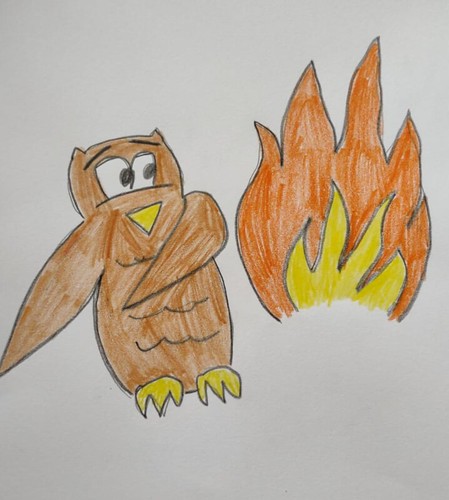 But then he met a walking talking slice of pizza called Jackie.

“Excuse me sir, you look sad. Do you want to become a pterodactyl?” Jackie said.

“It only costs one slice of margherita pizza.”

Elemear wanted to get in through the pizzeria window so he could get a slice of pizza and become a pterodactyl.

But the windows were closed so Elemear decided to hire Boing Boing the Ninja Bunny to break in. 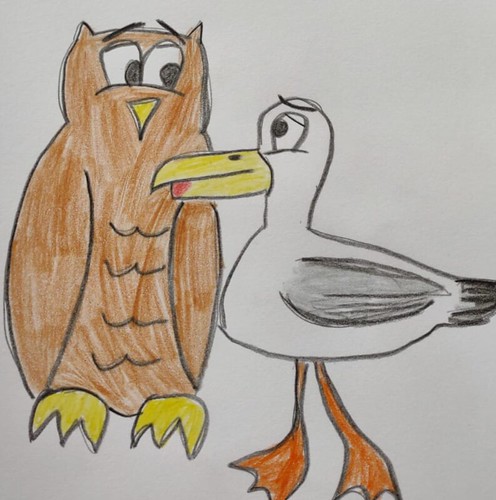 But Boing Boing broke into the wrong pizzeria.

He broke into a pizzeria with scary contraptions.

Elemear decided he would just make his own pizza...