Owen and The Cursed World 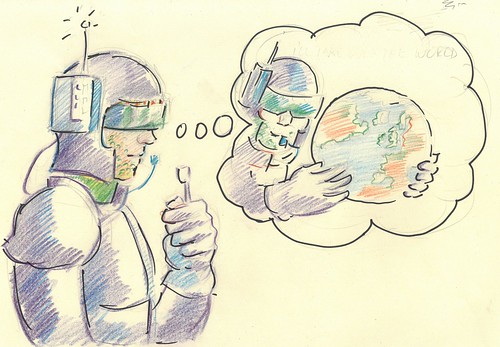 There was once a half human, half robot, half alien called Owen. He was trapped underground. Owen’s cellmate was Maya, the half dog-half robot.

“I have an idea!” shouted Maya.

“We will dig our way out of this underground cell,” said Maya. 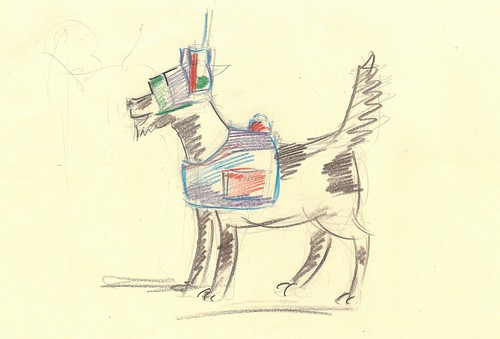 “How will we do that?” asked Owen.

“They forgot to check me. I have a giant robotic shovel in my front paw,” replied Maya.

A day and a half later, Maya and Owen were on the surface. All the people had been manipulated by Mr. McTonkey.

Maya and Owen knew this because they all had red eyes and were eating vegetables.

“What is going on here!?” Owen exclaimed. 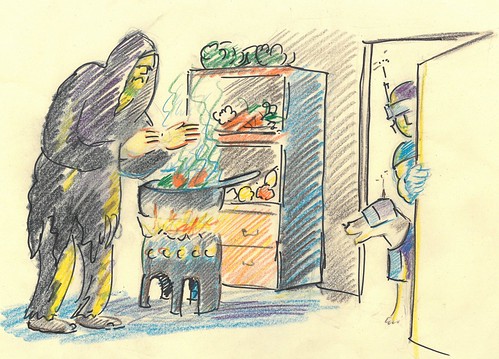 “Why are they all eating vegetables?” said Maya.

Owen contacted his friends from his home planet with his antennae. “Come and collect us.

We need to come up with a plan to take back the world. We need backup.”

“We’ll be there right away!” Owen’s friends replied.

Maya said, “We also need a potion to reverse the curse on all the people.”

Meanwhile, in his lab, Mr. McTonkey was designing more cursed vegetables, including ones to curse the animals...