The Old Man from Cork 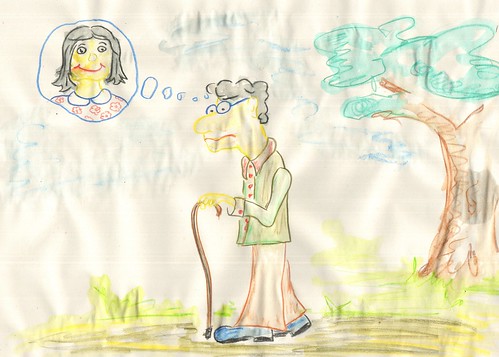 JonJo was an old man from Cork.  A long time ago he had a girlfriend, but then they broke up.

He was sad, so he thought he’d move to Spain.

But then he had the idea to get a best friend but he was scared of meeting people, so he got a potato, who he called SuperTato!

He put a cape on SuperTato and super goggles, and drew a face.

He looked at his phone and saw a dog in a shelter in Cork.

At the shelter he saw a girl and he went up to talk to her.  But then he woke up and… it was all a dream!

“What are you talking about?”SuperTato replied.