The Not Fun Adventures of the Negative Narwhal 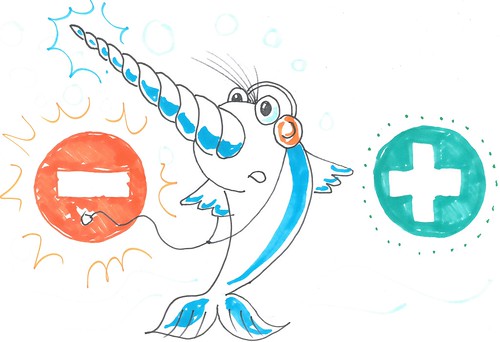 One day, the Negative Narwhal was out trying to hit people with his magical horn, to make them feel gloomy.

He had sent a job application to McDonald’s. His cousin Positive Paul the seal worked there - but Negative Narwhal did not know that.

He had received an earpiece in the post and when he got the job, they told him through his earpiece.

On Saturday, Negative Narwhal went in for his first day of work.

The manager was a familiar-looking seal. 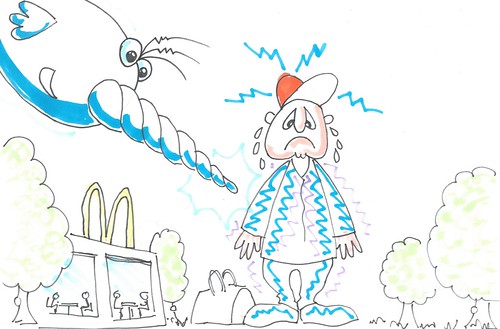 “Who are you?” asked Negative Narwhal.

“Don’t you remember me?” asked the seal.

“No. Could you remind me? I have long-term memory loss,” replied Negative Narwhal. 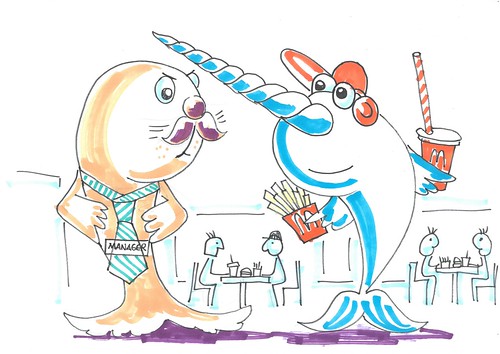 The message traveled from his horn into his brain. It said:

Come to the Atlantic Sea at 6.40pm. Signed, the Union of Uni of Corns.

Negative Narwhal snuck out through the fire escape.