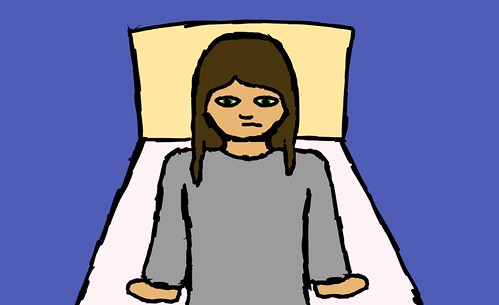 Ashley was afraid of one thing: Alisa, Alisa Corry. They’d been enemies since pre-school when Alisa had taken Ashley’s favourite toy.

If you don’t know who Alisa is then you better not read on.

Alisa is a mean, spoilt child. Actually, calling Alisa mean is an understatement. She’s a killer snake in high heels and skinny jeans.

One stormy night, Ashley Gray was sitting in her bed, feeling glum. She felt like this most days. She was constantly asked why but she said she didn’t want to talk about it.

There was one person who made her feel like this. Her name was Alisa.

But the one person who made her happy was her best friend, Nicky Thompson.

Even though Ashley was sad and glum, Nicky would always come over to her and give her a present like a hug or some sweets.

But this week it wasn’t enough. People were ganging up on her.

If you got in Alisa Corry’s way, you would regret it. Every time Ashley saw Alisa, she thought she was going to puke.

Nicky was still there for her as she had been during her mother’s death. She would sit there and talk about things with Ashley.

One thing I forgot to mention is that Ashley has no parents. She’s an orphan but she believes her dad is still alive and is just missing.

When Ashley was sitting on the bed, she said, “I’m going to run away as far as I can. I need to find my dad…”