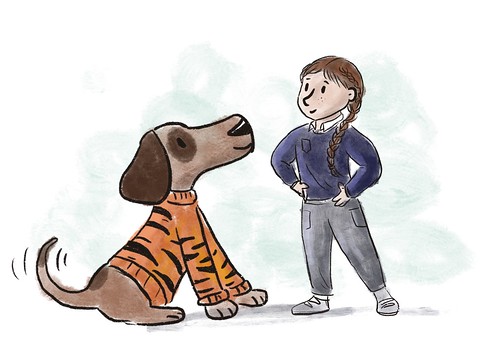 Once upon a time there was a girl who lived in a village.

She did not know toilets existed so she used chamber pots. The girl’s name was Natsume.

She ended up using chamber pots a lot because of the strict diet she had.

Natsume had a crush on a guy named Jeff but he was locked in a tower that was surrounded by fire. 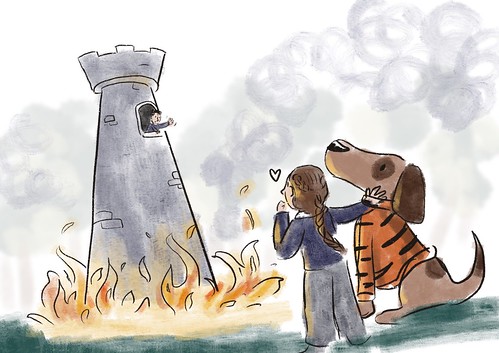 Her only friend was a dog called Peter, who thought he was a tiger.

But Peter was a bit magic and he could talk.

One day Natsume set off on the back of Peter to save Jeff.

She was scared of fire so she was a bit worried.

Out of nowhere, Peter said, “You know you could just walk.”

Natsume said, “Hey, Peter, I need to use the chamber pot.” 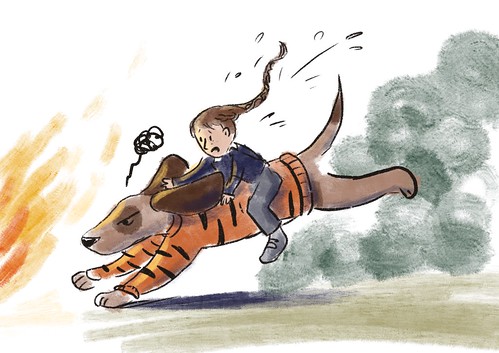 The dog needed to use the chamber pot too and knock the girl off his back.

While Peter was running to use the chamber pot, Natsume shouted, “You know you’re not a tiger!”

And Peter skidded to a halt. Peter was mad and wanted to prove a point.

He threw Natsume onto his back and ran towards the tower...