Skip to main content
Home Stories The Mystery of the Brooch

The Mystery of the Brooch 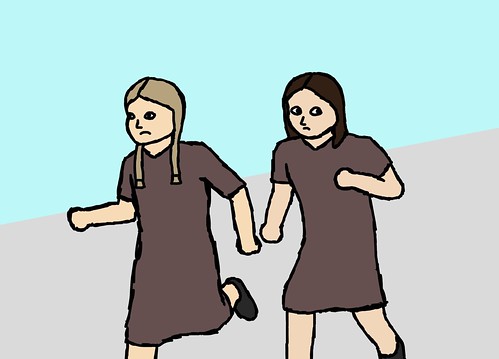 Mrs. Brown chased them through the streets as they ran away from the orphanage. Charlotte said in a breathless voice, “I think we’ve lost her.”

Charlotte and Annabelle were running away from the orphanage to escape from the abuse that they were getting there. They were thankful they left.

All of a sudden, they saw Mrs. Brown behind them and she grabbed Annabelle. She threatened that she would hit them if they didn’t come back.

Then Annabelle wrangled herself free from Mrs. Brown’s grip. It was getting dark and they ran into a cottage. When they arrived at the cottage, their neighbour was there.

There’d been posters all around looking for her son. They recognised her.

Charlotte and Annabelle said that they would help the neighbour if she agreed to help them find Charlotte’s parents.

The neighbour handed them a bundle of posters but the moment Charlotte touched the poster, her brooch fell out of her pocket and the neighbour pointed at it in shock…