The Mysterious Pig And The Bad, Bad Butcher 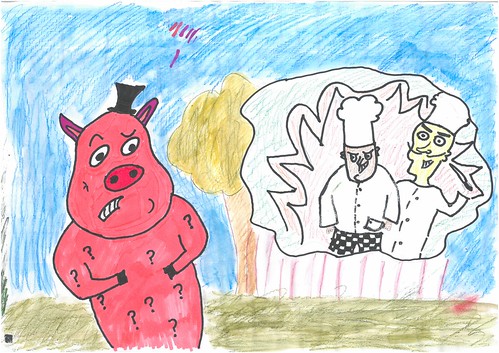 They were talking about their greatest fears.

The Butcher came out and said “Do you want to get cooked?” Larry and Piggy were afraid.

They ran down the road, and went to a cookery shop. 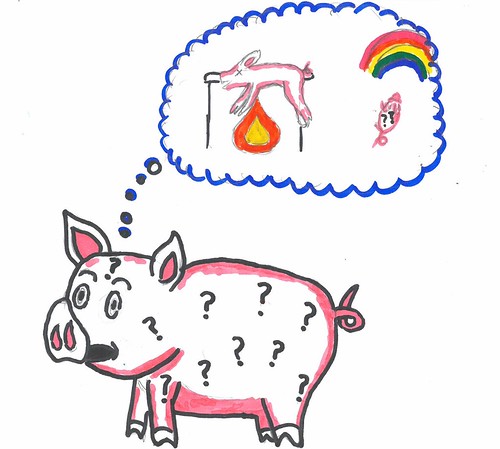 They stole some food and ran back to Pork Chop Land.

But what they didn’t know was that the Butcher took over the town.

Larry shouted “Let’s have war!” They ran into the Butcher and Piggy shouted “Oh my bacon!”

“You better run, here comes my dog and he’ll eat your ears!” Yelled the Butcher. 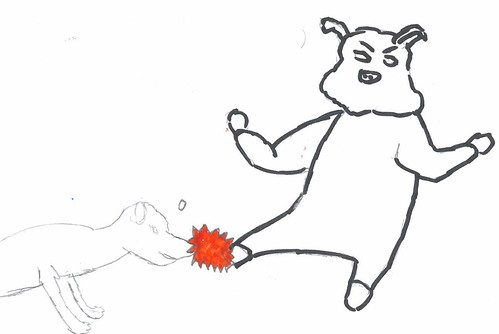 The dog circled them, nipping at their ears.

Larry fought back, and kicked out one of the dog’s teeth.

Little did they know, as Larry and Piggy were talking, the Butcher took all of the pigs from their homes, and brought them to the Butchers…