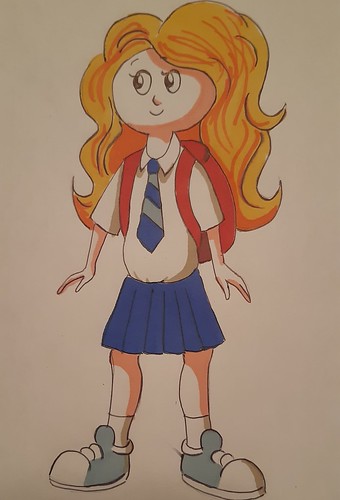 I was lucky that I lived by the sea. It meant I could be a schoolgirl by day and a mermaid at night.

Nobody would believe me if I told them about my life under the water with the jellyfish, Dorky the seahorse, Jim the Shark, Rory the Crab. My whole gang were down there, my underwater family. My friends were mermaids, but I was the only one who became a human at 6am every day…just me. When I opened my eyes every morning, I was in my purple bedroom with stars stuck to the ceiling, under my Ariana duvet and my slippers on the floor…you could not tell I had been underwater all night.

Quickly I put my school uniform on as it was time for breakfast. I could smell bacon downstairs. Dad was up and Toby my brother needed help to tie the buttons on his shirt. Bobby our Labrador often gave me a strange look, sometimes I thought he knew something was different about me but then he would just wag his tail and it would be normal.

I sat in school doing maths, English and Irish. I loved being on the schoolyard with my friends. I did think this was my real world and my BFF was definitely Melissa.

Sometimes I wanted to tell her that I had another life, but I knew that would be way too weird and she would probably just think I was strange. I came close to it once but then I decided not to do it. It had to be a secret for now.

I read every night. It was my way of relaxing. I liked to read books where people escaped to other places to help them feel good., because that was kind of how I felt about my trips to the sea. They made me happy.

It was my favourite place as I could just swim with so many smiley faces and just flap along with fins and slippery fish and beautiful plants and everything was blue and green and colourful. 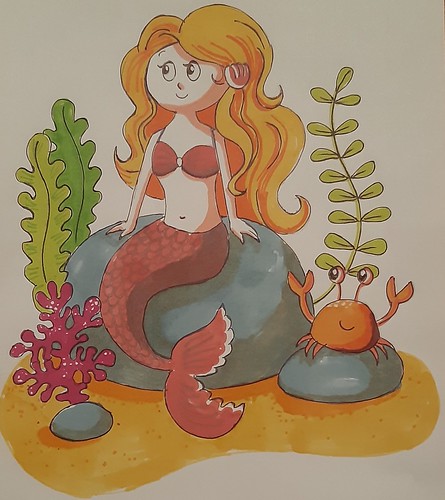 It was school photo day on Monday and that was the day it all got crazy for me. I had a mermaid tail in the school photo and the whole school was talking about me and asking questions. “What is going on? Why do you have a tail?” I didn’t know what to say.

My friends were grouped together asking what is she? They were staring at me. I felt so embarrassed. The principal called my parents and they had no idea what to say. So, I had to confess to everyone that I had another life. A few days later three other kids in the school said they were also mermaids at night. They knew their tails were visible in photos, so they skipped that day.

My human world accepted me for what and who I am. I still don’t know what I am, but I know that I live in two amazing worlds and I love that.