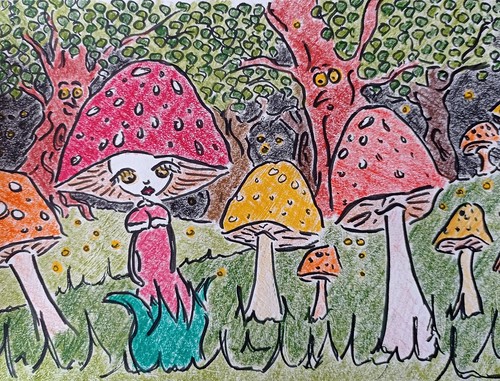 It was a very sunny day in Barcelona. Masha, the mini-mushroom person, was happily skipping across the enchanted forest floor with Daisy the flower-fairy, trailing grumpily behind.

Masha was really happy because there was a group of humans having a picnic nearby.

Masha was really fascinated by humans and their behaviour. However, Daisy was not too happy.

“I really don’t want to do this. It’s just not safe”, Daisy groans.

Masha was too inquisitive and could not resist getting closer to the humans. 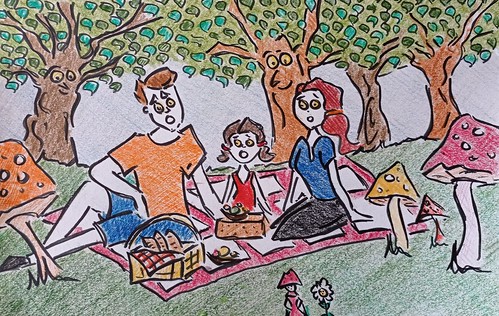 The humans were confused when they saw a mini-mushroom creeping towards them.

They couldn’t believe their eyes. One of them shrieks and yells…CATCH IT!!!

Daisy ran out to help Masha but it was too late. She had disappeared…