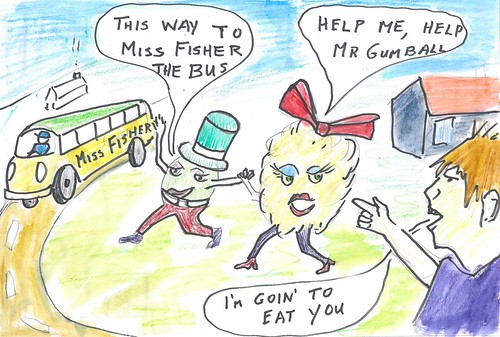 One day, Mrs. Candyfloss was walking to Sweet Island.

Mr. Gumball was walking on the other side of the road, he crossed the road to get to the bridge to the Island.

They had just come back from a Carnival.

But then suddenly a bird swooped down and tried to eat Mr. Gumball.

Mrs. Candyfloss’s best friend Mr. Gumball took a piece of candyfloss and put it on his head so the bird wouldn’t eat him. 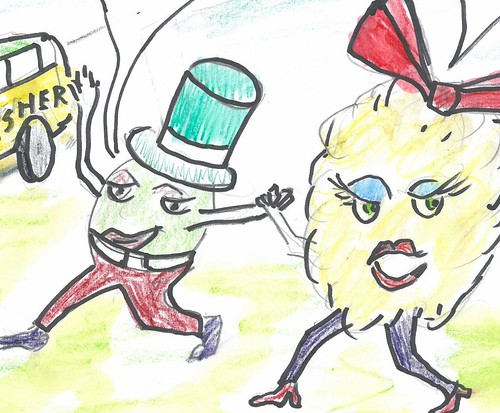 The Ambulance arrived, driven by humans.

“I need to go to the bathroom” said Mrs. Candyfloss because she was scared of the humans driving the ambulance.

Suddenly a dog called Toffee ran after the Ambulance which had started to move off.  It was Mrs. Candyfloss’s pet dog.

Everyone ran after the dog…