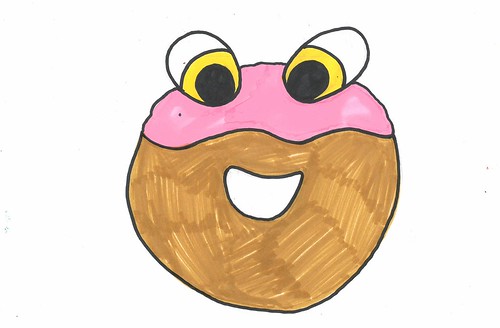 Mr Grumpy lives in a house that was made out of sweets, beside the ice cream seller’s house in Brittas Bay.

He makes lots of donuts every day because he thinks if he does this he will become part of the donut community.

He makes the donuts in a factory in Newcastle where he works with his best friend Mr Banana the donut. His boss is a Seagull called Mr Temper.

Mr Grumpy doesn’t like his boss who is always trying to eat him.

One day while he’s making donuts Mr Temper sneaks up on him and tries to eat him. He turns around just in time.

“Can I help you?” Mr Grumpy says very confused. 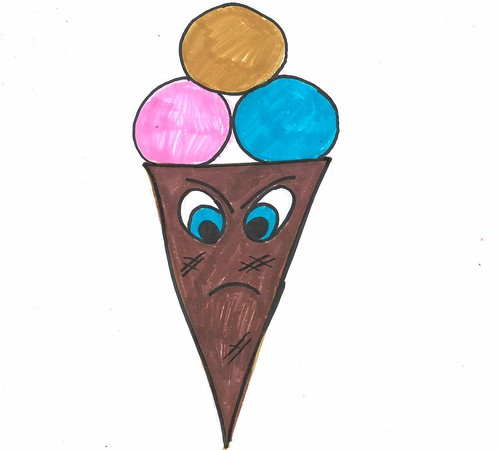 “I was just wondering if I could have your flake?”

“Do you want keep your job!”

”Not if you’re going to keep sneaking up on me, in fact I’ve had enough.”

He grabs a sack of donut icing and smothers Mr Temper’s wings, legs and beak.

He stuffs the sticky boss into a big black bin bag.

He runs all the way to Dublin…