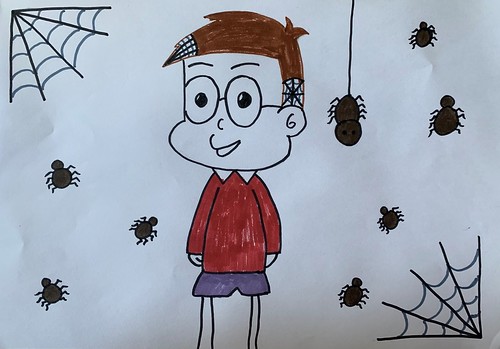 Rob and his best friend Ricky were playing with a lego set in Ricky’s playroom. Rob kept thinking about how he was going to defeat Charles, the Cereal Killer.

Charles killed all the Lucky Charms to make his rainbow afro. And, Ricky was thinking about how he was going to kill all the spiders.

Ricky’s Mam came in with ham and cheese sandwiches. She ran out of the playroom to be exact. She was very anti-social. 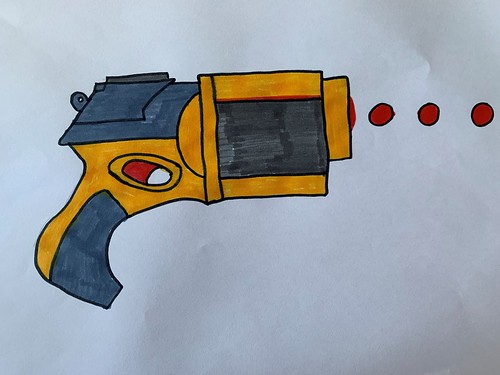 “This is very normal behaviour. If you want more food you have scavenge for money,” said Ricky.

Rob pulled down his spider glasses and gave Ricky a suspicious look.

“I got twenty nuggets in McDonalds on Sunday,” said Ricky.

Suddenly, they saw a spider crawling across the floor. Ricky grabbed his nerf gun and shot it at the spider. But, it backfired onto Rob.

Rob fell to the ground and started to twitch and wriggle. He was turning into a spider from the feet up.

Ricky screamed but his Mam would not come check on him because she was anti-social. 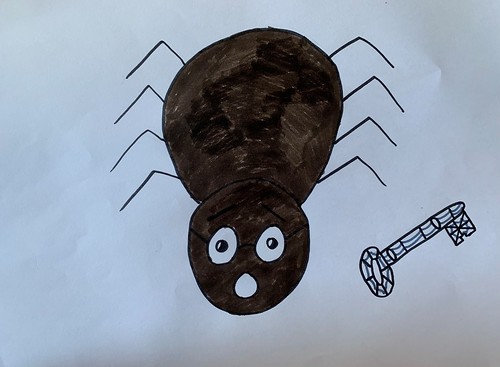 He was a zoologist. He brought loads of cages filled with snakes and tarantulas.

Rob saw the cages and created a little key web to unlock the cages.

The snakes and tarantulas were released.

Ricky’s great-uncle gathered all the spiders and put them back into the cages.

But, Rob was one of the spiders and he was stuck in the cage...