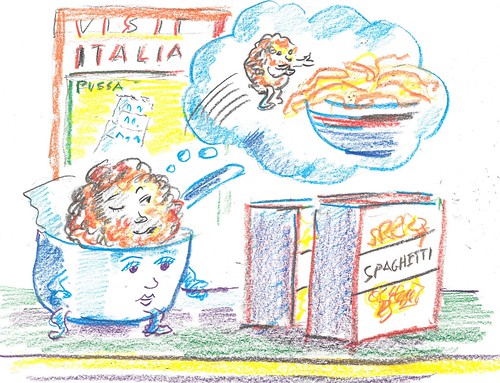 In an Italian restaurant, there was a meatball called Bob and his best friend Roxanne the pot.

It was a normal day in the restaurant.

Bob was inside Roxanne the pot, sleeping on his favourite pasta-scented pillow.

When he woke up he was staring at some spaghetti boxes, thinking of his wish to be in a bowl of spaghetti.

He tried to jump into the spaghetti but, like always, he didn’t make it. Roxanne the pot helped him up onto the counter.

Bob said, “Oh great! Now we have to wait until someone else orders a bowl of spaghetti.” 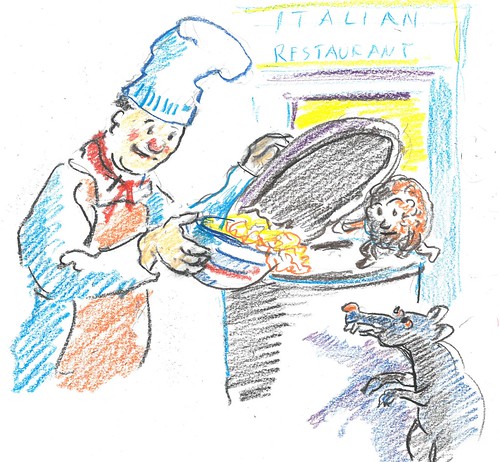 It wasn’t long because it was a very busy restaurant.

Pistachio the chef came in and made a bowl of spaghetti.

Then he teased Bob with it and threw it away in a bin.

Bob followed the spaghetti into the bin, but then a rat came in and took him...