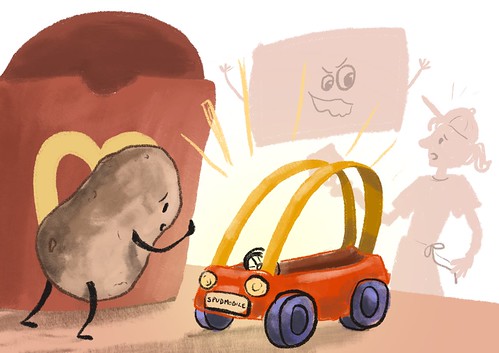 This is Kevin the Spud, he is a spud.

It’s an average day in McDonalds, rolling away from potato cutters.

All of a sudden, the President of Scotland walked in and asked for a Happy Meal.

Kevin was delighted because he was next in line to be put into a Happy Meal.

The employees came over and rolled him several times to make sure he was nice and warm for the president. 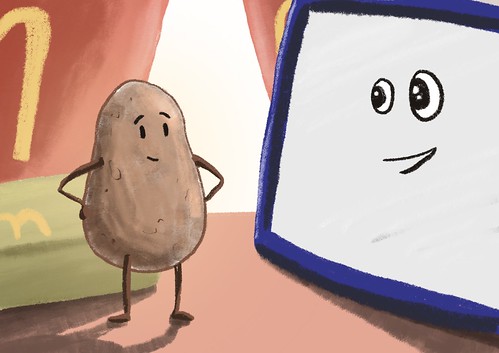 Fellipe the whiteboard whispered to Kevin, ‘‘You are going to get turned into chips! You need to run away.’’

Kevin screamed and Fellipe distracted the employees so that Kevin could roll away.

Kevin rolled into his spudmobile and drove off.

While he was driving, Kevin suddenly hit a dip in the road and the back of the car flew up.

Kevin went flying into a drain. He got lost in the drain, and then saw somthing moving.

It was...Fungi the stale cracker with a stale peice of toast named Mould. 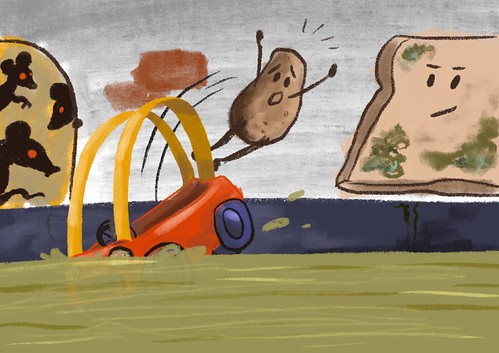 A whole village of diseased rats came their way, led by Jimbo the Rat. Mould was eaten by Jimbo.

Then diseased rats started running as well from one of McDonalds high tech potato cutters...