Skip to main content
Home Stories May and the Evil Phoenixes

May and the Evil Phoenixes 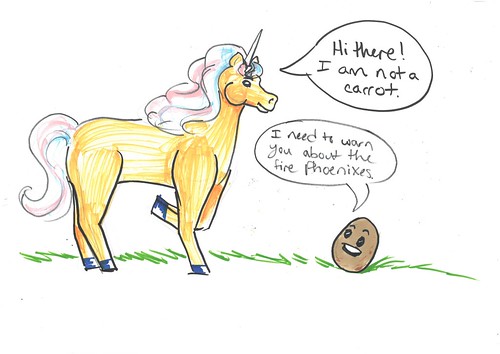 Once upon a time, there was a beautiful unicorn called May. She was living in a town of magical unicorns.

A talking potato called Tim came out of nowhere.

They thought Tim was a bad guy who wanted to kill them. The potato thought May was a carrot.

Then they became friends.

“I need to warn you about the fire phoenixes,” said Tim. “They’re trying to destroy you, so you need to run away faster. But wait, am I a carrot?”

All the unicorns start to run away but they saw the fire phoenixes in the distance. 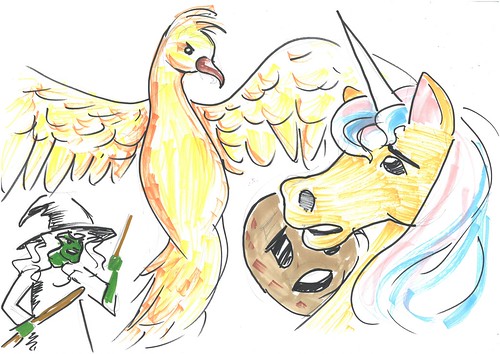 Half way, May fainted.  Tim the potato was dying because he didn’t have any water.

Suddenly, a royal fairy princess came out and saved them.