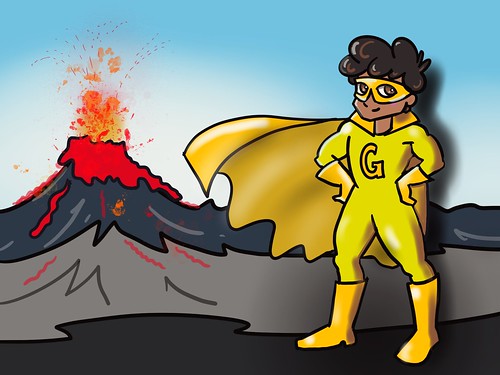 Gold found a bracelet in his mother’s closet. He put it on and then he turned into a Superhero.

When he became a Superhero he learned how to fly. Kitty the Cat found Gold the Superhero and wanted him to be her owner.

“Kitty the cat, we need to defeat the bad guys!

Let’s work together as a team” said Gold. 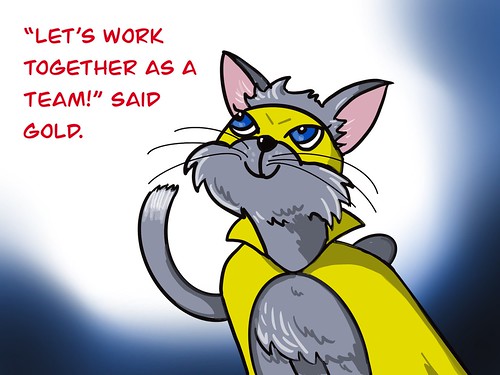 Kitty the Cat was excited to hear this. She was a tough kitty!

There was a volcano and it was covered in lava and fire.

Gold was so scared of it, but Kitty was brave.

Gold can turn the fire into water so that he can save himself. Gold slipped off a ledge, and almost fell into the lava…