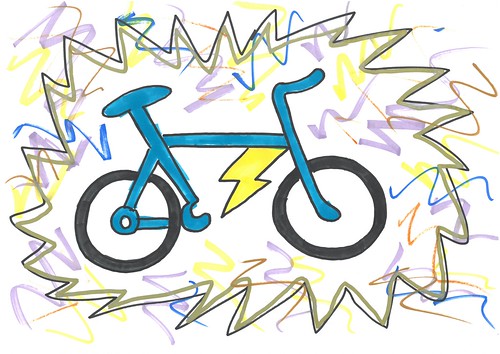 “I don’t want to get a regular bike!” Mícheal screeched at his mam, when they were in the bike shop.

“You’ll have to wait until Christmas!” she screamed back, pointing at him.

For the next three weeks, Mícheal’s reports were good. One rainy morning, Mícheal woke up to a Fido in his king sized bed.

That same morning, his mam decided to go to the shop, because she was feeling lucky.

She scratched them off with her house key, and she won sixty nine million! 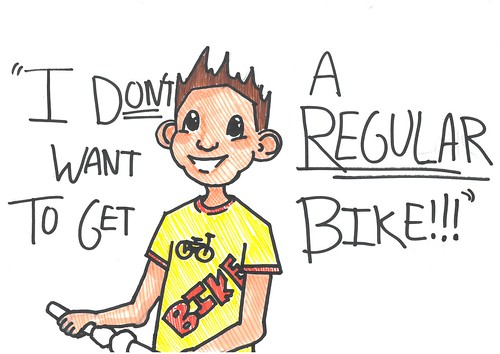 She started running around the car park screaming and shouting.

At lightning speed, she zoomed into the car, she turned on the car and she went home.

When she got home, she said “Oh, I forgot to buy the stuff” so she went back to the shop, and came back to the house with the milk that Mícheal’s dad had forgotten to get.

Mícheal came running in and sobbed, “Johnny broke on the way to school!”

“Who’s Johnny?” She questioned. “It’s my Fido that you got me two weeks ago!” 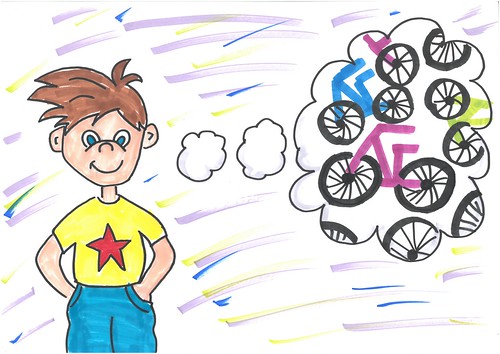 “Well, we can just get you another five hundred, because I have sixty nine million! And we’re moving house, and getting a Lambo.

And we’ll find your dad who never got the milk!”

“Sound, but we still need Johnny to get fixed.”

One week later, Mícheal was riding on Johnny the Fido, who just got fixed two days ago.

He stopped at his old house, which was now full of Fidos, he put Johnny in the Garage, and then couldn’t find him…