Skip to main content
Home Stories Lucy and the fox

Lucy and the fox 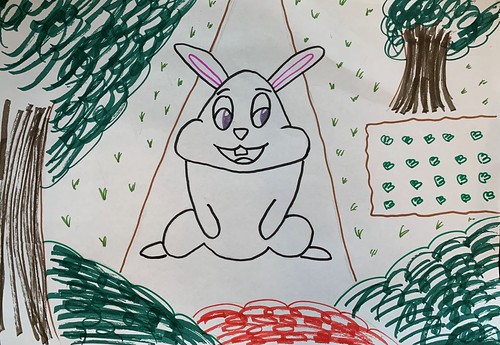 There is a big fox in the woods, Zoe said to Lucy.  Lucy grabbed all of her carrots and started running with her friend.

The fox is very hungry.  The fox was hunting for animals.  The fox saw Lucy and Zoe and started chasing them.

Lucy was going to run to her owner, She went in to her burrow in the ground where the fox couldn’t get her.

Zoe got in to the burrow as well.

They were digging their way through, to try and come out in a different place. 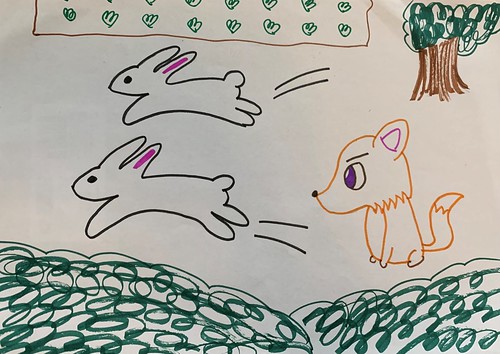 They had to take turns to go out and look for food.

When they came out they were going to their owner but the fox chased them to a cliff.

The rabbits thought they were safe but at night the fox snuck in and tried to eat them...