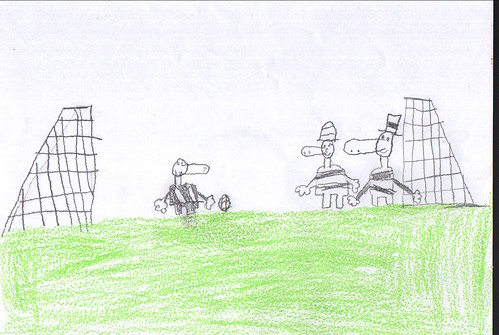 Longnose the gnome was helping an old lady gnome bring her apples into the house when he bumped into Fiery the Dragon.

Longnose said “Who are you?”

“Hi, my name is Fiery,” the dragon replied.

“I am very sorry for bumping into you”, Longnose said.

“Do you want to be friends?” Longnose asked. 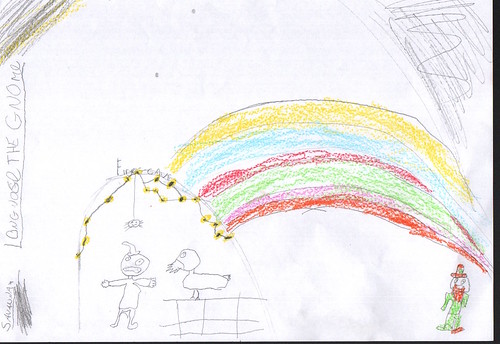 That night when Longnose went to bed, he had a dream that he was a famous footballer. He woke up suddenly and he banged his head on his bed.

Fiery came into the room and said “What’s wrong? Will we go into my cave?” 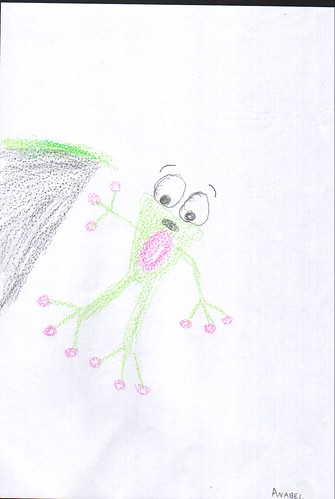 Longnose got the ice pack, and they had some tea.

When Longnose went to leave Fiery’s cave, he saw a spider called Tarantula hanging from the ceiling…