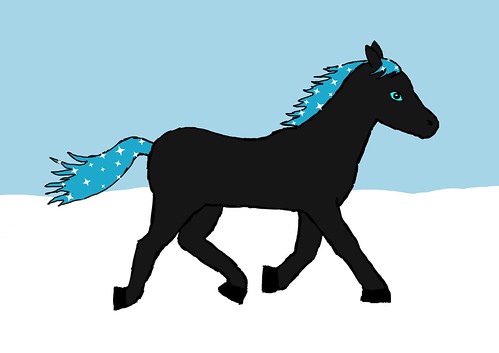 Once upon a time there was a horse named Sophie. Her body was black and her eyes were bright blue. She had a short, blue tail with sparkles.

Her greatest fear was to talk to other horses. Her best friend, a white horse named Lia, got robbed and Sophie had to save her.

While she was trotting around looking for the robber, she thought of her greatest wish which was to fly.

She found some wings in a snowy forest.

She put them on and she flew high into the sky.

Sophie’s new wings were blue and pink with glitter on them. 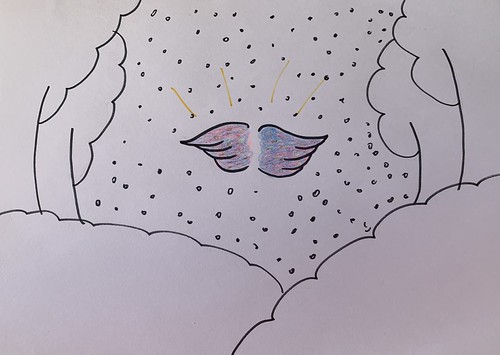 While she was flying, she saw the robber.

The robber was going to his house with Lia. Sophie was able to see the robber’s door from where she was flying.

Sophie was thinking about how she could save her friend...