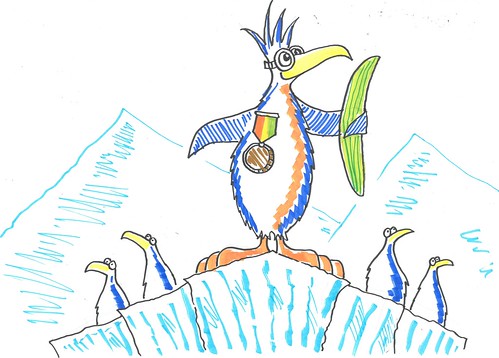 Emperor Peng and his penguins defeated Emperor Mo-Salad.  Then Mo-Salad went into a cave to hide from the penguins.

The penguins found out that Emperor Mo-Salad had a secret project - he created chickens dipped in mustard, who threw up candy.

Emperor Peng was very angry and created a cucumber army to join forces with his penguins.

Then Emperor Peng and the cucumber army found Mo-Salad and his chicken army and began fighting. 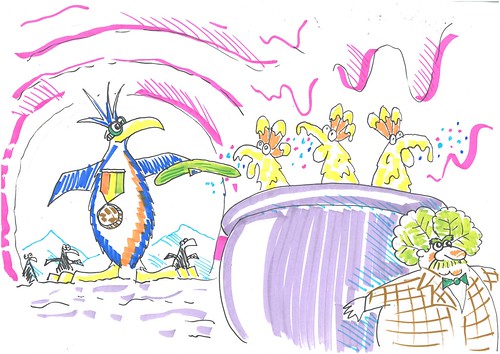 Once the penguins and the cucumbers got defeated, Emperor Peng and his army retreated and wanted to heal Bumble-Bee the Ninja Kitten.

But something went terribly wrong.

They didn’t have the right equipment to heal him so they followed a legend that had been passed on through their culture to find the legendary Moose-God.

Bumble-Bee was saved. He came out taller and stronger.  He changed his name to Beta-XB. 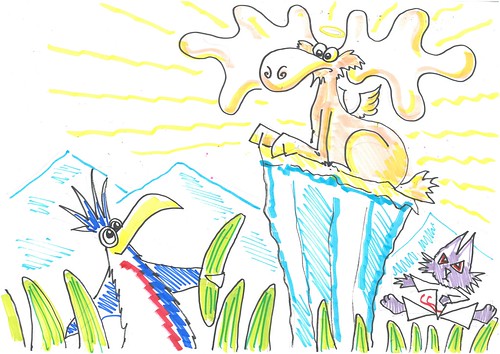 After Emperor Peng made it to the Moose-God, he and his army talked and the Moose God didn’t want to be part of their team.

“There shouldn’t be any violence,” the Moose God said.

The penguins got angry and the Moose-God banished them into a hole out of rage.

Emperor Peng didn’t know what to do.  So he asked The Robot to save his army...