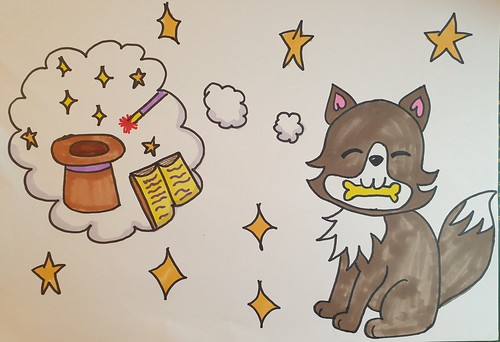 Layla the cute wolf and Lily the butterfly were walking to an old cottage. Then they saw something moving in the trees.

They thought it was a bear but it was only a little monkey.

All of a sudden, it started to rain. Then one drop was filled with magic.

Layla got magical powers and was able to save Lily from the rain. 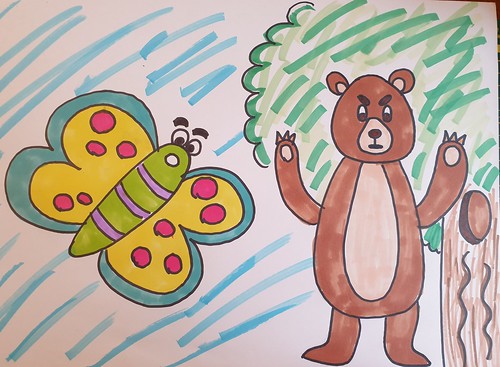 But then some bears came out from behind.

Then Layla tried to talk to the bears using her magic.

Her magic didn’t work on the bears.

But she was able to use it on Lily so she could get on her wings and fly away so they could fly back home.

But the bears were following them...