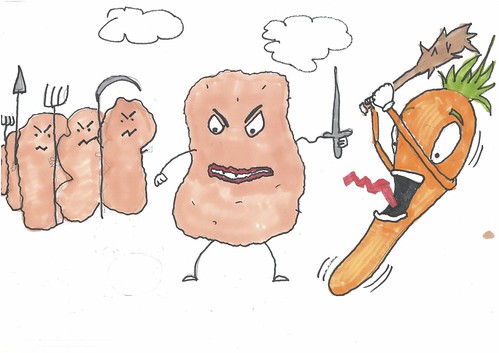 Once upon a time there was a normal potato who had radioactive milk spilled on him and he turned into an evil potato.

His name was Mr Killer Potato.

Chucky the pig was his best friend and was unaware that Mr Potato had turned evil. 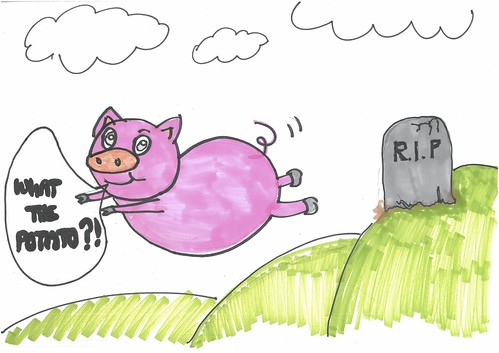 One day Mrs Potato rose from the dead and turned Chucky evil.

Chucky was in the grave yard looking at his poor piggy father, when suddenly Mrs Potato jumped at him saying these words:

“What the potato?!” Chucky screamed.

His face started to deform as he turned EVIL…while Mrs Potato poured an evil potion over his head.

An army of astronaut carrots came from outer space and said: 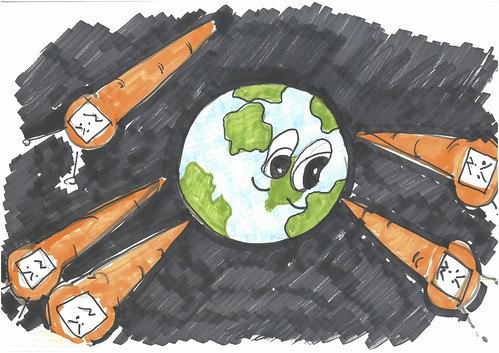 “We have captured Mr Potato and we will turn him good, then we will come back and do the same for you and we’ll have pork chops and mashed potato unless you…”