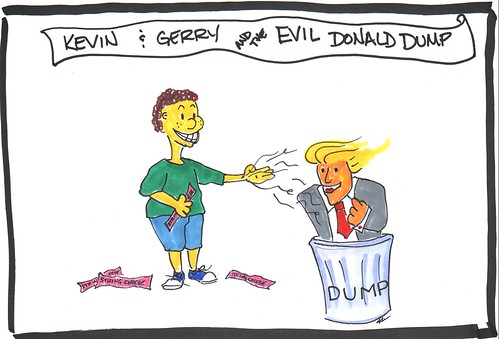 One day Kevin went to the bouncy castle in the land of string cheese with Gerry the Unicorn.

When they were on their way back in Gerry’s Flying Rainbow Farting Lamborghini, they saw Donald Dump on his big floating wall.

“Let’s do that and start dabbing,” said Gerry. 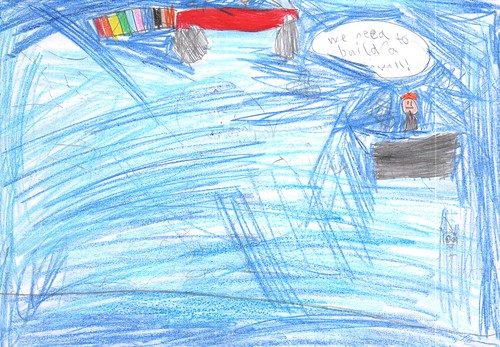 The sombrero bombs hit the Lamborghini and it started going down…