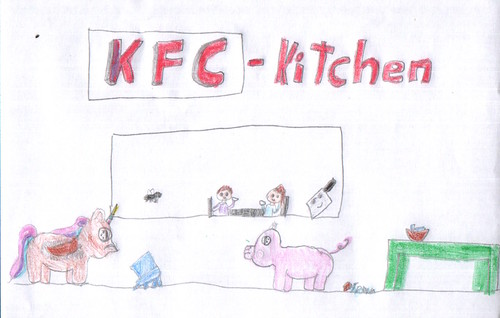 Kevin the uni-chicken went to KFC and met his friend Barbara the spying fly.

“Why are we here?” Kevin asked Barbara.

Barbara said, “Because your old friend Porky from the farmyard died here. We’re here for his funeral.”

“What if we get caught?” said Kevin.

She whispered to Kevin:

“Quick! Use your magical uni-powers to turn yourself invisible. I’m tiny so no-one will notice me.” 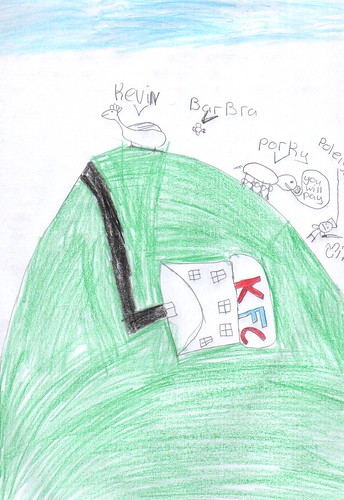 Then Kevin said, “What if Porky isn’t really dead?”

“Well then, we should look around, maybe we could save him. But be careful,” replied Barbara.

Just then Kevin tripped over a chair and made a load of noise. Nobody noticed the noise.

“Whew, lucky that time!” said Kevin. Then he knocked a glass off the table. People were so busy talking that most of them didn’t notice, but the butcher’s knife noticed it all.