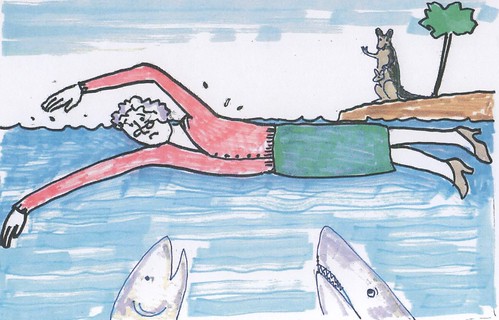 There once was a boy called Steve. His greatest wish was that Nana Regine would come back from Australia.

He was worried that she would drown., because she didn't want to pay for an airline ticket and she was swimming.

Steve loved playing with Da Ginga Ninja. His mum was a cleaner, and she was working in a museum.

Da Ginga Ninja and Steve were with her, and the cube was in the museum.

One of the dinosaurs came to life and knocked the cube over. There was a big mess. 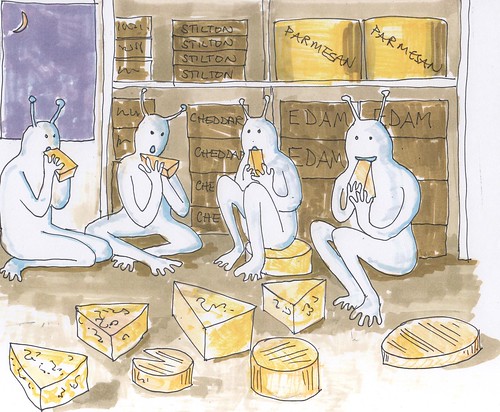 When the cube fell over, it started to expand and get bigger and bigger.

Then the cube started to move. Steve and Da Ginga Ninja hid behind a door.

They found a cheese factory that used to belong to Nana Regine.

Inside the cheese factory there was a group of immigrants from the moon, which is made of cheese.

And they were living on the cheese in the factory because the moon had waned. 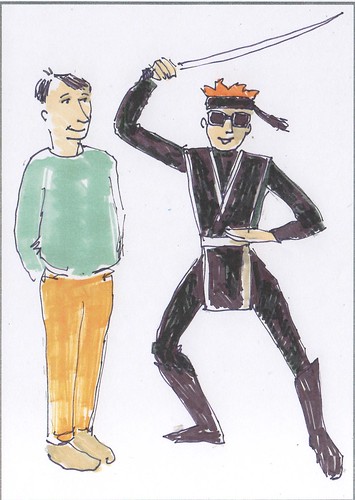 It was a new moon, and there was no cheese on the moon.

Because it was Nana Regine's factory, Steve remembered Nana Regine. She was swimming from Australia.

Steve was too focused on Nana Regine. He didn't realise that the cube was still expanding, and it was lifting the factory off the ground.

It was floating on top of a tornado, and the cube was inside the tornado.