Joe The Farting Dragon vs Pinapplus​ 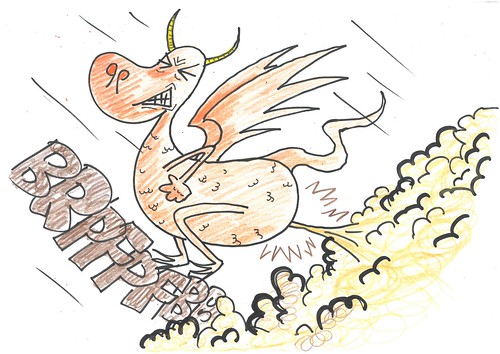 Joe the farting dragon is going to find a magical crystal that controls farting.

He is very afraid of Pineapplus the Cyborg Pizza.

They came across a magical land called Pizza, which just so happened to be a giant pizza slice!

They found a cave made of pepperoni and they lived in there. 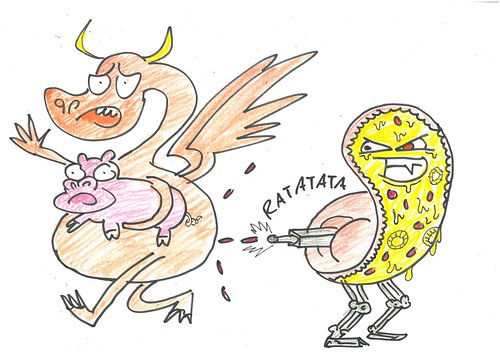 They stayed for a couple of years but then decided to go exploring in the Amazon.

In the Amazon they found a magical creature called a Shinpanzee!

The Shinpanzee kicked everybody in the shins.

Then, they met Pineapplus the Cyborg Pizza who shoots all of his pepperoni out of his pizza butt!

Joe and Oinky Bacon were defeated, so they went to Warthogs, a school for magical creatures. 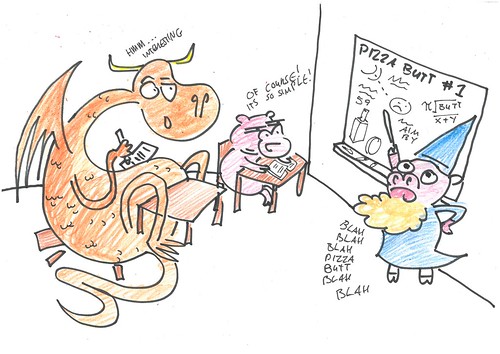 Joe and Oinky Bacon wanted to learn how to shoot pepperoni out of their butts!

The people at Warthogs wanted Joe to get over his fear of Pineapplus the Cyborg Pizza.

They gave Pineapplus an invitation to fight Joe the Farting Dragon so he could get over his fear.

The prize for winning the fight was a free week of Zumba in the local school.

Pineapplus was losing so he decided to try knock Warthogs down…