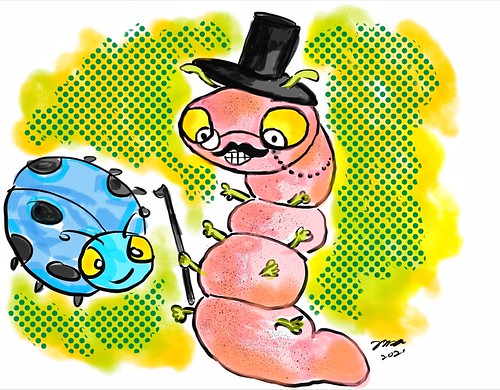 There was a pink caterpillar named Joe who lived in a forest. One day, he was sleeping on a bush when he heard a big BANG!

Joe crawled off the bush to see what the bang was - it was a big bird landing.

Joe was terrified! He was so scared that ran really fast to get away from the bird and got lost.

Joe saw another bush that he thought was safe.

The voice was attached to a ladybird with blue wings and black dots.

“Thank you for letting me in,” said Joe. “A big bird landed on my house.” 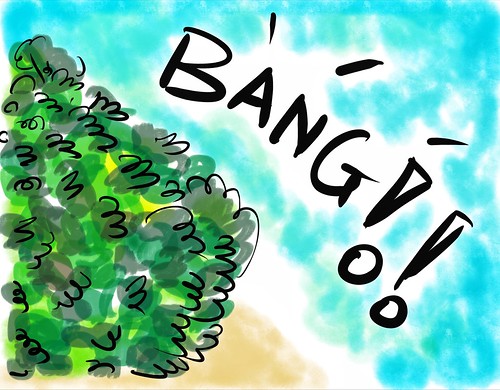 As soon as Joe stepped into Bob’s house, he saw that Bob had a big table of food. And he was starving!

“I’m really hungry,” said Joe. “Can you please lend me a little bit of food?”

“Of course you can,” Bob responded. “What would you like?”

Joe saw a bowl of leaves on the table. “Can I have some of those?”

Bob said, “You can have as many as you want.”

Joe sat down on a chair and ate lots of leaves. He felt safe and happy.

“Let’s go back and check if the bird is gone,” said Joe.

They set off to Joe’s house. The bird was gone - but had left a big mess! 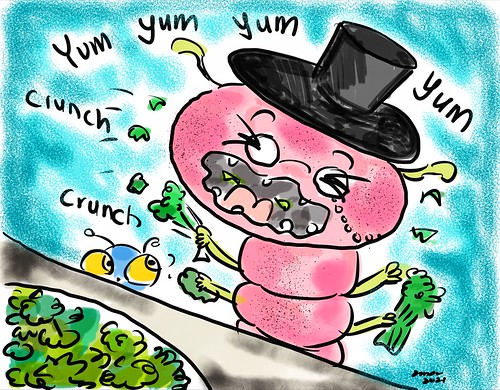 Bob said, “That’s all right. I can help you clean it up.”

Joe and Bob worked hard to clean up the mess. Because they worked together, they got it done quickly.

Joe said, “I would love to be a butterfly and have wings like you.”

After Joe and Bob finished cleaning up, Bob went up to the top of the bush to get more leaves for Joe.

He saw the bird’s nest and got a big shock. It was a big nest and it had five eggs in it.

A few days later, Joe turned into a chrysalis and all the eggs hatched...