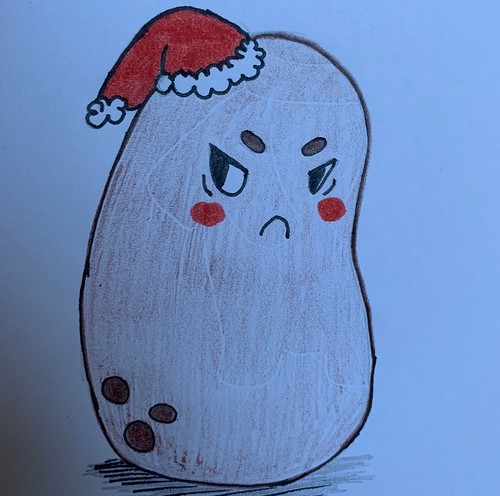 Once there was a cranky old potato called Jeremiah. He lives in an underground cave and he plays Fortnite day and night.

He gets no sleep because he plays video games all the time. Jeremiah is also moldy.

He didn’t get his coffee this morning so he’s extra cranky because Goofy Grape didn’t give him his coffee.

He stomps around and grumbles. He eats red pens when he gets grumpy. That leaves red marks all over him.

When he’s angry, he also does yoga to try and calm himself down.

It was nearly Christmas, so Jeremiah got his red pen and some paper out of his fridge and he wrote down that he wanted a dog and some more pens for Christmas.

He wanted to post his letter, but he didn’t want to go out because he didn’t like all of the Christmas cheer.

So he asked his friend Cian the dragon to deliver it for him. 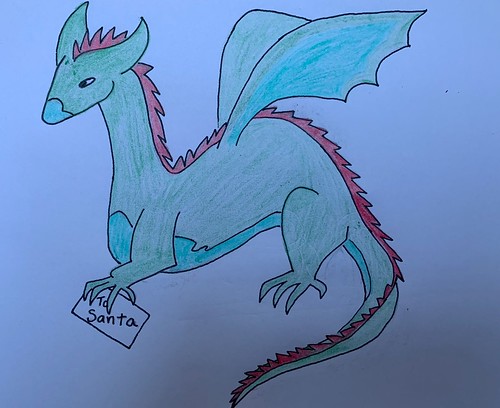 He called his friend Cian the dragon to do an express delivery to Santa’s workshop.

Turns out Cian the dragon is also playing Fortnite and he can’t go to the North Pole because his little brother stuck gum on the couch and he’s stuck on the couch.

He went on his laptop and he bought a disguise to look like a human.

He went and hid in Santa’s workshop. He hid behind a big sack of red stripey presents. Then suddenly he fell back into a jack-in-the-box.

The jack-in-the-box springs up, and Jeremiah falls back into a box with Mr. Potato Head.

A few hours later, the elves come to wrap all the potato heads. The elves come across Jeremiah and they called the head of security, Mr. Yeti.

Jeremiah felt sick to his stomach and he nearly threw up...