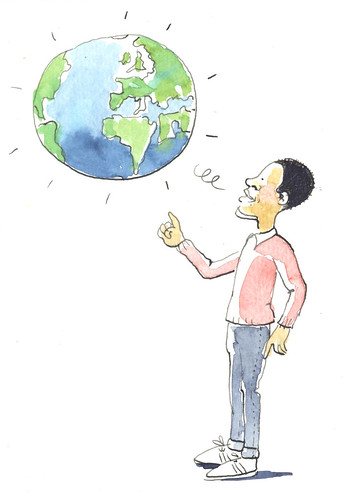 Jefferson is in school alone and he’s day-dreaming. He’s supposed to be cleaning out a cupboard because he was late for school. He comes across a book in the cupboard.

It’s a big heavy book. When he picks it up, he sees it’s a very old book, so he’s curious to know what it’s about. But there’s nothing in it, so he asks his teacher can he take it home. 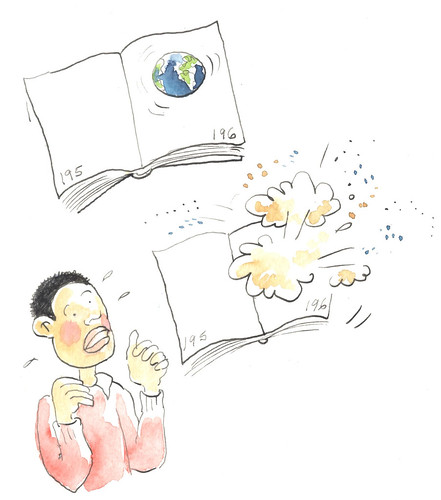 He sees a picture of the world, which begins to move and shake and then explodes.

Then the book says, “Hello, are you there? You need to save the world.”

Jefferson says, “How do I do that? I don’t have any powers. What’s your name?”

“I’m Chloe the Master of Wizard Books,” the book replies.

Chloe tells Jefferson to go to page 203 and he’ll get instructions there.

He’s told to read the paragraphs three times each.

“Once you do this you’ll get your magical powers,” says Chloe.

Once he’s read the paragraphs three times, Jefferson begins to fly around the room.

He’s trying to work out what powers he has and how to fly properly. 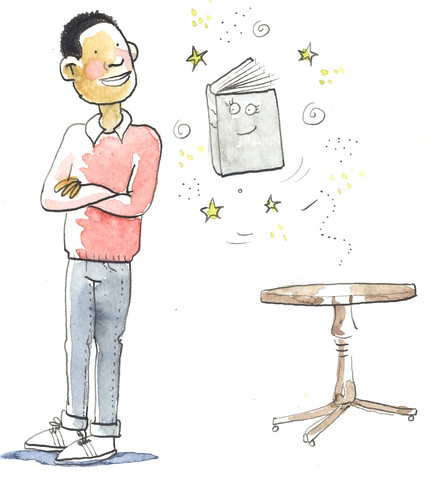 Jefferson has been picked on by the triplets in the class ahead of him because he’s new to school.

They steal his lunch, take his money and call him names.

Now that he has magical powers, Jefferson wants to teach the bullies how to be nice.

He says to the triplets, “Stop bullying me. How would you like it if you got bullied?” 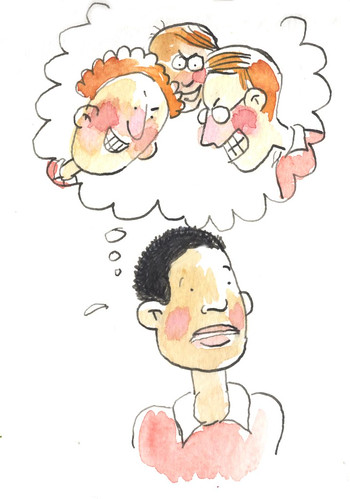 “Nobody will bully us because we’re popular,” say the triplets.

“No, you’re not popular. People are just scared of you,” Jefferson tells them.

The triplets notice that Jefferson is different.

They stop bullying him, because he has stood up to them.

When he gets home, Jefferson practises controlling his super powers.

Meanwhile, all the bullies in the world get together to blow up the world.

Jefferson sets out to stop them…