Skip to main content
Home Stories Jeff is a Lunatic

Jeff is a Lunatic 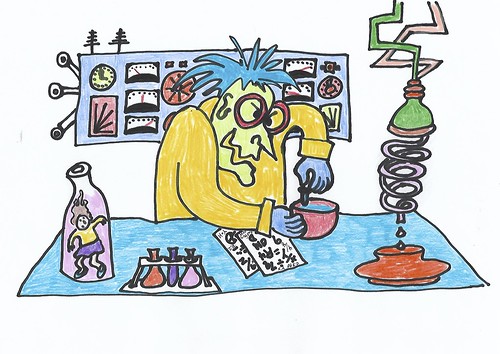 Jeff was a mad scientist who owned a lab that was situated on an island in the middle of the sea.

He was always concocting strange potions but one day he was surprised when he was on holiday on the mainland and a little girl called Tiny came out of one of the potions.

Tiny was always trying to find out where she came from and decided to make her way back to the island but there were sharks in the sea around the lab protecting it.

Because she was so small she decided that she could hide on the back of a shark, land without being seen, and creep through the cracks in the wall of the lab. 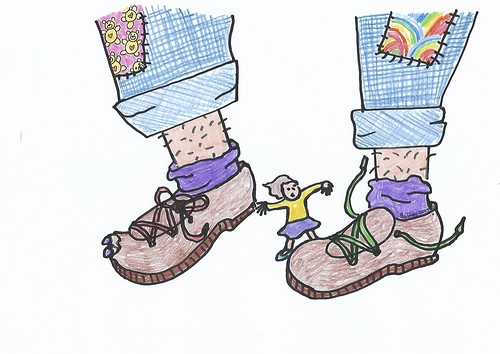 When she peeked into the room she saw Beff, Jeff’s older brother who was the evil scientist’s bodyguard.

Being so small Tiny managed to sneak past him without being seen, careful to avoid his enormous giant-feet. 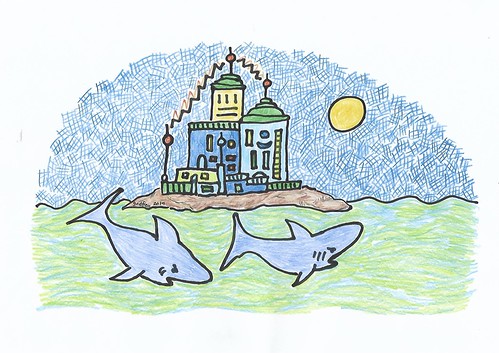 Whilst Jeff was working on his next potion Tiny jumped up onto the table but because the scientist was wearing his magnifying glasses he spotted the tiny girl.

He got such a fright that he jumped and accidently broke some of his bottles of potions which fell onto the table and mixed together.

Glass shattered everywhere as the potions reacted with each other…… 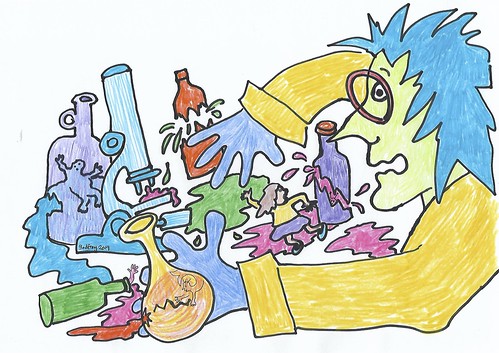