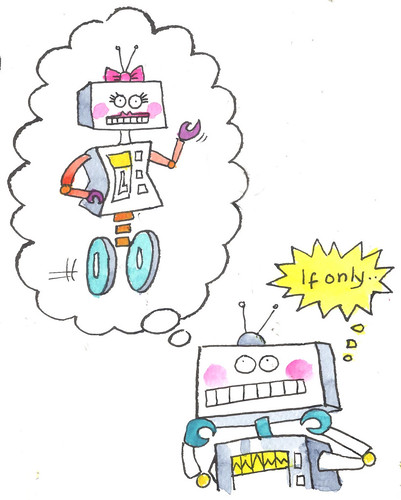 There was a robot called Jeff who lived in a raspberry bush in New York.

One day, Jeff was talking to his best friend, Raz the raspberry, about how her weekend went.

“We went to Ohio but I wish we had gone to play rugby with my friends instead,” said Raz.

“Well, do you know what I wish for?  I would love to have a girlfriend,” replied Jeff.

Jeff made a portal to go to Disneyland, where they make robots.

He brought Raz with him in his special compartment.

They had a rough landing coming through the portal and were surprised with what they saw when they arrived – it was a land full of robots! 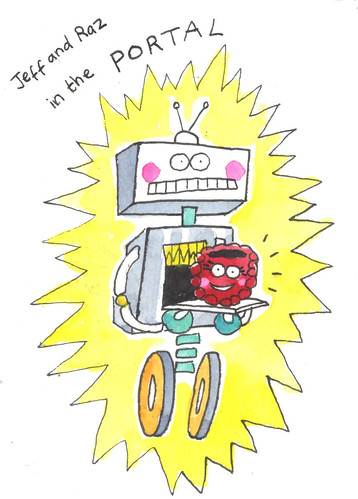 Jeff saw the machine making the robots and fell in love with the next girl robot that popped out.

Her name was Lily.

Raz said to Jeff, “You have to meet her to see if she’s nice before you decide to like her. What if Lily decides to eat me?” 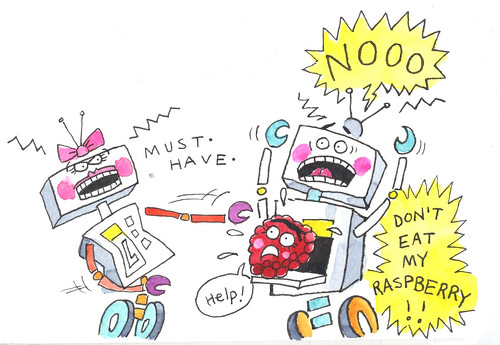 Jeff’s compartment opened, with Raz inside, and Lily tried to eat Raz straight away.