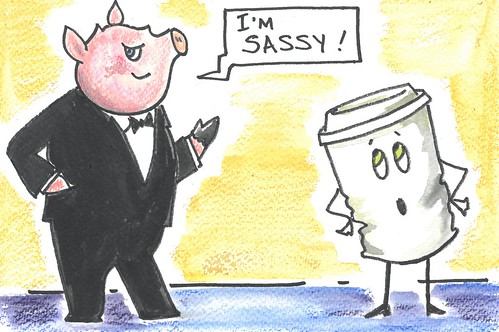 Once upon a time there was a villain, that was a pig wearing a tuxedo. His home was an evil lair in a barnyard, where everyone was evil – even the eggs.

Then Billy Bob the coffee cup was thrown away into a bin at the barnyard.

Then Pig wearing a Tuxedo finds Billy Bob and jumps into the bin to get him.

“How did you get into the bin?” Asked Pig wearing a Tuxedo.

“The farmer doesn’t like Starbucks, and didn’t like the taste of me, so he threw me away” said Billy Bob 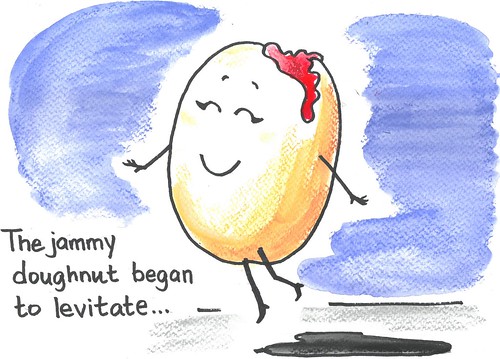 Pig wearing a Tuxedo looks through the window of the barn and sees a jammy doughnut on top of a restaurant table.

It looked really good. Pig wearing a Tuxedo said “I have to have that doughnut – Ugh!”

Pig wearing a Tuxedo starts licking the window. He starts creeping up to the doughnut but it starts levitating.

Pig realises that it’s a trap. Pig sees Jefferson, the amazing flying baker who is evil, on the roof.

Pig jumps to bite the doughnut but falls…DUN, DUN, DUN!!!!!!