Jake and the Big Adventure 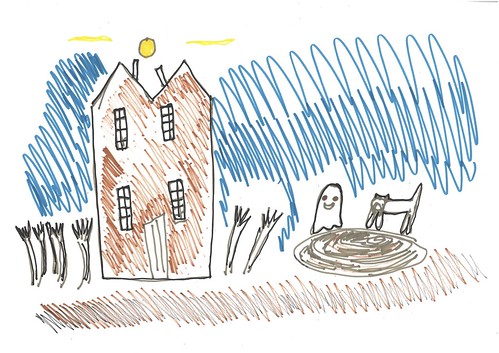 Once upon a time there was a ghost called Jake. He lived in a haunted house in the woods.

It was pitch black in the woods. Jake hadn’t eaten anything in 3000 years!

Jake met his best friend in the middle of a swamp!

Jake had been out on an adventure when he found a little kitten.

He named this cat Dragon because he had fangs and wings!

As the years went by the kitten got bigger and became a big cat.

The two friends had a chat. 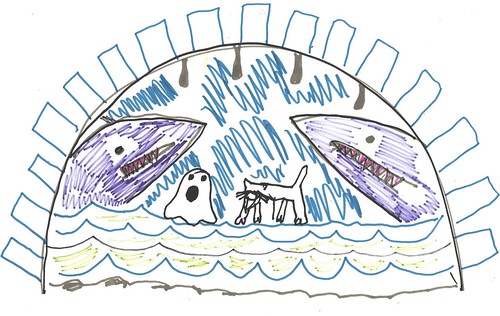 “We can go to Ghost-town” said Jake.

“But I can’t go to Ghost-Town!” replied Dragon, “because it’s only for ghosts!”

Jake had an idea. “Maybe we could go down to the secret passage so we can find a potion to turn you into a ghost”

Dragon the cat was nervous. He was afraid of being a ghost and he was also afraid that he wouldn’t be able to turn back into a cat. 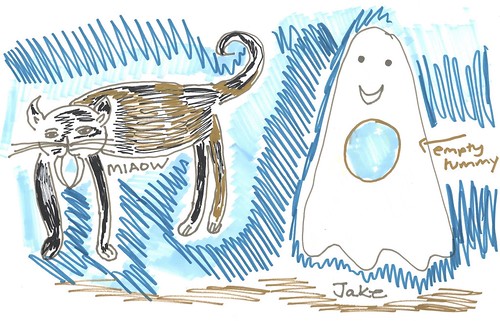 Jake and Dragon set off on their adventure.

They went down into the sewer.

Jake and Dragon were petrified that the sharks were going to jump up and eat them…!