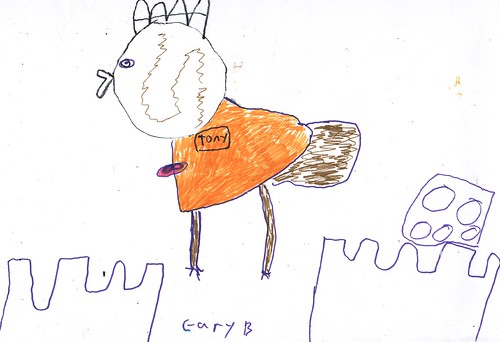 In the old times, there were pirates. People were frightened of them.

They had long, long beards and they smelled like trash and dead fish.

The pirates drank cider, vodka and rum cocktails and they ate fish eyes on cocktail sticks. They had nose studs, shark-fin necklaces and swords.

Peter was the leader of the Blackbeard ship and his dog was called Lola who was also a showgirl.

She joined the pirates after pirate puppy school and graduated from Trinity College with a first class degree. She was asked not to come back. 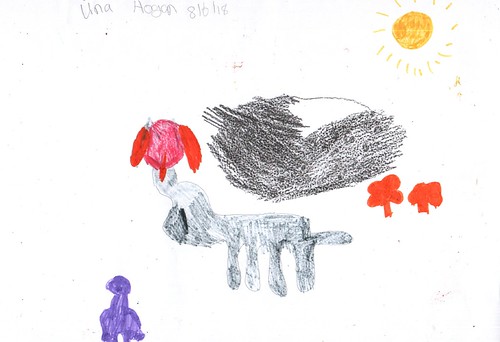 There was a crew of 30 on Blackbeard.

They were heading towards the island of Testalambo where there was lots of treasure. The journey was 500 nautical miles.

Testalambo was reached after storms and dolphins which guided them towards the island past rocks. 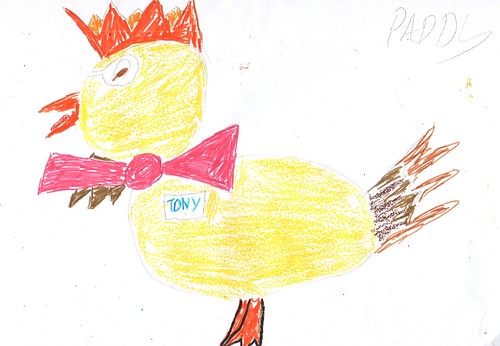 They reached a cave.

Lola said, “Maybe the treasure is in the castle.”

The treasure was diamond and gold eggs. Peter saw it was guarded by a giant chicken with a pink dickie-bow called Tony.

The chicken called out,“Stop there Peter! Didn’t I tell you to never come back?”

While Tony was speaking, Lola - who had a degree in aviation – flew in with a large man-bag for stashing the treasure.

Lola double-crossed Peter and the pirates and flew off with the treasure to open a cocktail bar.

She danced and sang in the bar and served double-cross cocktails...