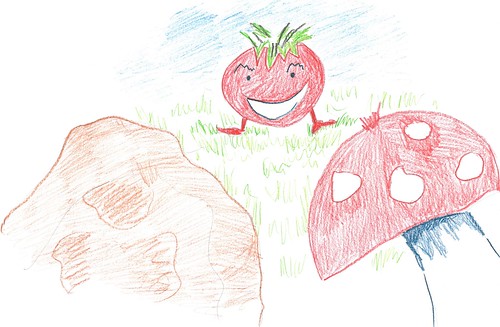 On Saturday morning, February 1st, 2017, Sidney the Mushroom and Jack the Talking Pizza were playing “I Spy with my Little Eye.”

They saw a big, red tomato so they ran away.

Jack the Talking Pizza laughed and thought it was hilarious. As he was laughing, his pepperoni popped up. He was really sad.

But then the pepperoni blinded the tomato monster. The tomato turned into tomato sauce. The pepperoni came alive and ran away.

Jack said, “I wish I still had my pepperoni.”

Then the pepperoni came back and gave him a hug.

They were delighted that pepperoni came back. The pepperoni stuck on the pizza again. 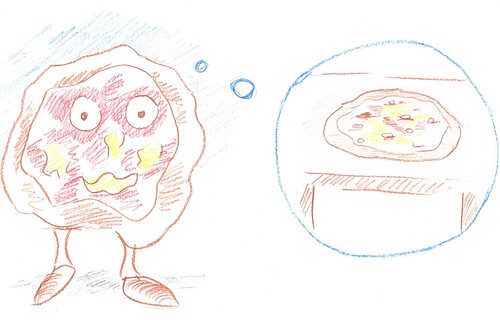 But then they remembered that all the pepperoni was used.

And Jack was so sad because that was his last pepperoni! He had no pepperoni left and all his friends laughed at him.

One day, Jack was walking home and he met an onion.

The onion said, “At least your whole body isn’t gone.

Your friend stood up for you and listened to all you were saying.”

The mushroom became nice again and they had a big party.

At the party they found some pepperoni...