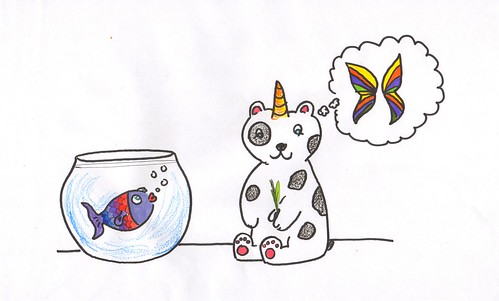 Gaelscoil Chluain Meala, Clonmel, 5th Class, 16th April 2015
Far far away in another dimension, a cup of coffee came out of nowhere.

Fluffy the Pandacorn and Freddie the Fish jumped into the cup of coffee and then Timmy the evil baby with a moustache that shoots lasers jumped in after them. 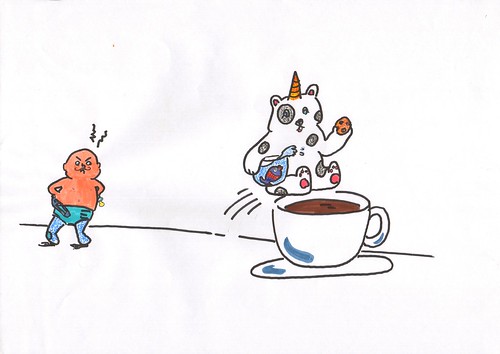 Timmy jumped after them because he owns a muffin shop and they stole muffins from him.

Fluffy and Freddie stole them because the muffins were poisonous and they didn’t want people to eat them.

Timmy shoots his lasers and misses, and hits the coffee which creates a portal.

‘Where are we?’ asks Fluffy.

They look around for a while and they find out that they are in upside down rainbow chocolate land, in a rainbowghini. 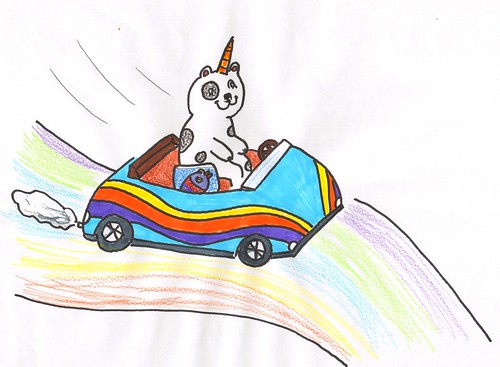 And that’s when Fluffy realises he wishes he had rainbow wings.

Suddenly, Timmy comes out in a chocolateghini.