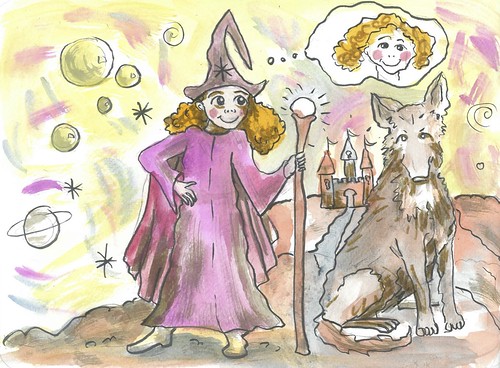 Once upon a spooky morning in space there was a wizard named Imogen in a spooky castle on the moon in a weird dimension.

She was feeding her dog - Cloud - then a poisonous bubble appeared.

A giant banana barged in to the castle with a bubble gun and Imogen screamed so loud that it raised the roof of the castle.

She tried to float away but the bubble gun was too poisonous. 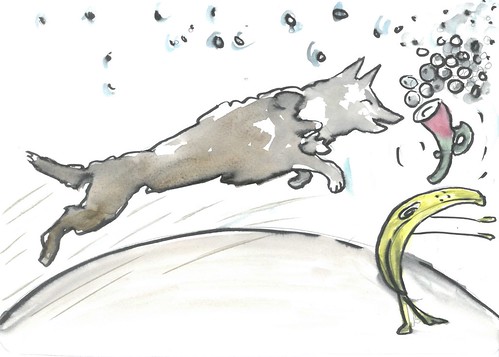 Suddenly there is a knock on the door and when she opened it there was a baby girl in a basket with a note saying “this is going to be your baby sister - take care of her”.

She had to protect the baby but the problem was that the banana soldier was Lord Albert who had been kind but was now infected with darkness and was now evil.