I Want To Break Free 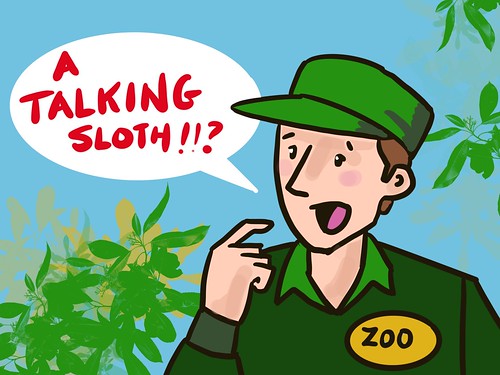 Once upon a time there was a lonely sloth called Barry. When he was born he was taken away from his parents, so he never really knew them.

He was taken to the zoo. He was afraid when he got there because all the other animals were bashing at the gates.

The zoo-keeper brought the sloth to the cage where he would be staying.

He could see that the sloth was miserable. The zoo-keeper could hear the sloth talking to himself.

He went to tell the manager of the zoo that the sloth could speak but when the manager went over, Barry wouldn’t say a word.

Barry went to sleep that night, thinking how he could reunite with his family. 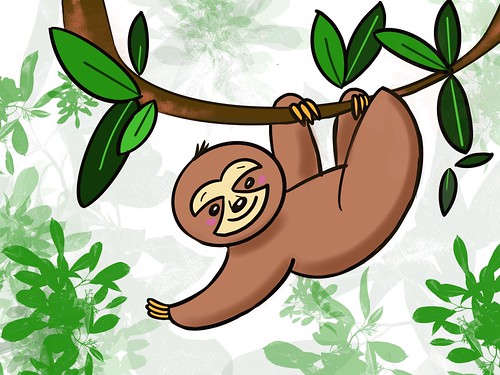 Barry was talking in his sleep and the manager overheard him.

He was talking about his family and how much he wanted to see them.

The manager decided to make an advertisement to say that he had a talking sloth at the zoo.

A lot of people started calling to the zoo to see the sloth. They all gathered around his cage. Barry got depressed and overwhelmed with all the attention.

The zoo-keeper could see that the sloth was miserable. He decided to break him out…