How a Cow and a Hippo Won a War 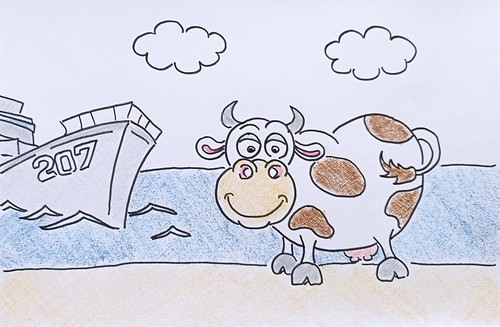 In a boat, heading onto the beach, with all the other soldiers, was Bob and Marcus and Private Johnny.

On the beach they saw a cow named Milk. They went into the forest on the beach and they saw loads of people setting up camp and the people started firing at them.

They hid behind a huge rock, but Bob couldn’t make it and he got badly injured, so Marcus pulled him back to the boat.

Suddenly they saw another boat, but they realised they were the Russians who were with the allied forces.

“Tell my family that I love them,” whispered Bob.

Bob was carried by a few other soldiers to the edge of the beach to be treated by a doctor. 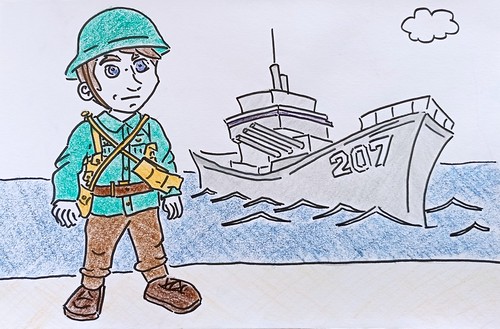 The others were still curious, so they decided to go back over to the camp. Marcus will join them, too.

Private Johnny set up a machine gun on a rock to threaten the people at the edge of the camp.

Private Johnny told Marcus to go around to the back of camp and he stayed at the front of camp.

Then the soldiers who were still behind the rock got captured by some Germans.

They were only captured for fifty seconds when Bub, the Hippo came and smashed the jail open.