Honey and Sam the Best Friends 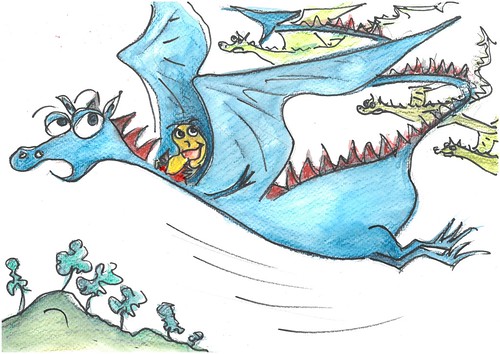 Once upon a time, there were two dragons; one of them was named Honey.

He was scared of the other dragon. Honey loved to fly really fast.

But he loved to fly away from other dragons because he was scared of them.

One day, he ran into a bird and decided to fly away…toward the other dragons!

He was trying to go fast but he couldn’t go as fast as he used to.

Honey landed on a tree and met a nut named Sammy.

Honey said “You want to be my friend?” Sammy said “Yes, can we go on top of the mountain?” 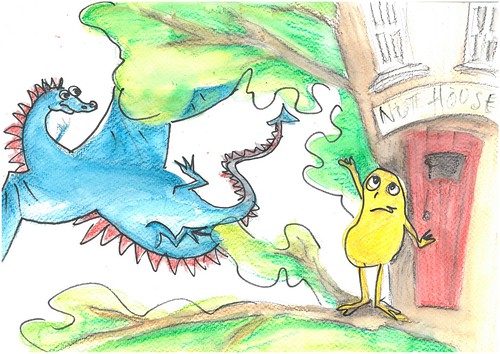 Honey takes Sammy with him but flies back to his home instead of the mountain.

He brings little dragons with him. He isn’t scared of these dragons because he’s bigger than them.

Honey says to Sammy “I’ll see you tomorrow” and he drops him off at his house.

Honey decides he wants to go far, far away…