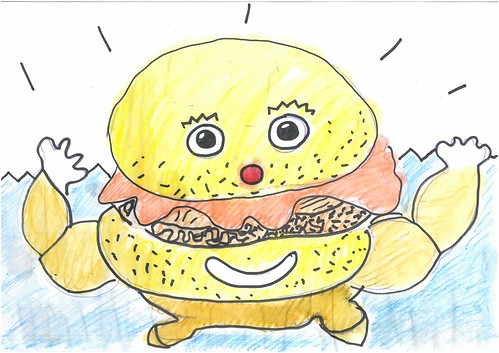 Once upon a time there lived a little happy hotdog called Harley the Dancing Hotdog.

His goal was to make everybody dance. One day they went to the disco.

When they were there they saw Mr Grumpy. When Mr Grumpy saw them he wanted to eat them both. 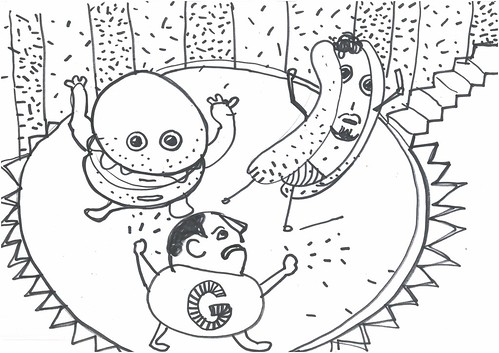 Little did they know Mr Grumpy had ketchup and mustard behind his back ready to eat them.

“Hello” replied Mr Grumpy, “it’s good to eat you, I mean meet you,” he said holding out his hand.

They went on to the dance floor. Harley did the floss and Cheesey did the hype.

Everyone was dancing except Mr Grumpy. 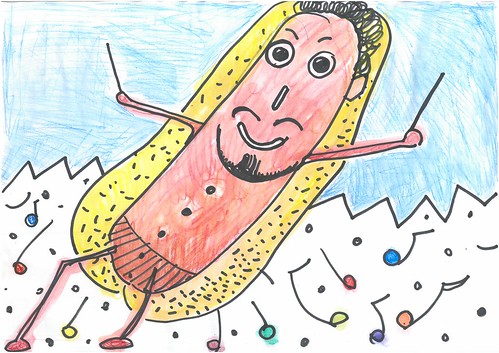 Next Mr Grumpy came on to the dance floor and made his way to Harley and Cheesey.

As he tried to grab them they noticed and threw itchy powder at him.

When he started to itch he looked like he was dancing…